Menu CIO
Programmers who defined the tech industry: Where are they now?

Some early programmer names are familiar to even the most novice of software developers. You may never have seen a line of code written by Bill Gates, or written any application in BASIC (much less for the Altair). But you know Gates’ name, and the names of a few others.

That’s a darned shame, because the early microcomputer era (we didn’t uniformly call them “personal computers” yet) had many brilliant software developers. Some of them went on to greater fame and fortune; others disappeared into the mists of history.

[ The New Type of Programmer: DevOp ] 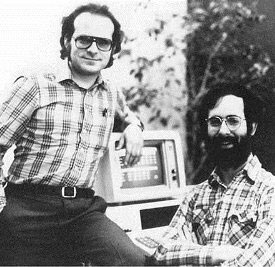 In 1986, Susan Lammers did a series of interviews with 19 prominent programmers in a Microsoft Press book, Programmers at Work . These interviews — many of which the author transcribed on her own website a few years ago — give a unique view into the shared perceptions of accomplished programmers... the people who invented the tools you use today.

Lammers’ book is still enjoyable on its own merits, simply because it’s a bunch of very smart developers talking about their craft at a time when there were relative few wide shoulders to stand upon. In re-reading my copy, I was reminded by how raw the technology industry was, how many competing standards we had to weed through (it had been years since I saw a list of the late-1980s databases: R:Base, Paradox, Javelin, ANZA) — and yet how soon we expected to achieve Artificial Intelligence.

I chose five of the book’s programmers for this time machine, leaving the remainder’s fate primarily an exercise for the intrepid reader.