The infamous Mac trojan Flashback, which infected 800,000 Mac OS X machines at its height this April, is still lingering on over 140,000 computers, according to Russian security firm, Dr Web.

However, at the time, Dr Web was reporting the total number of UUIDs associated with the malware at over 582,000 and unique IP addresses at over 714,000. Symantec later increased its estimate to 185,000 UUIDs. Dr Web claimed other vendors were undercounting the number of infections because the servers it was relying on to produce its figures offered a more complete picture.

“[D]espite the release of operating system updates, anti-virus software for Mac OS X, and an array of tools to remove BackDoor.Flashback.39 offered by various companies, newly infected Macs are still joining the botnet, though their number at present does not exceed 3-4 computers per day,” says Dr Web. 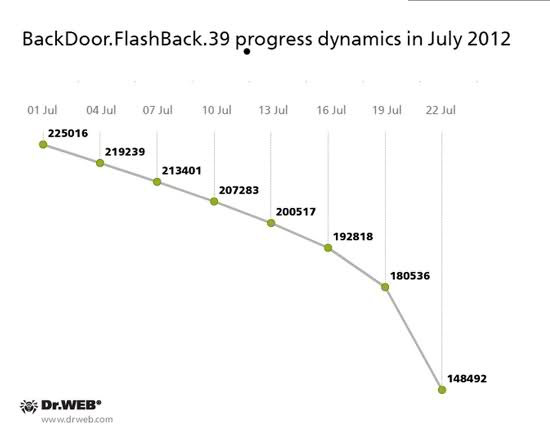 Are you optimising your office costs? Video could help
More from Jabra