Confidence in software-as-a-service, mobile and cloud technology is spurring tech mergers and acquisitions, despite lingering economic worries, according to market watchers.

The total value of all tech M&A deals whose values were disclosed in the first quarter worldwide was US$66.6 billion, up 83 percent year over year and the highest level in 14 years, according to the Global Technology M&A Update from EY (formerly Ernst & Young). The number of deals rose 15 percent year over year to 758 transactions globally, EA said in the report, issued this week. 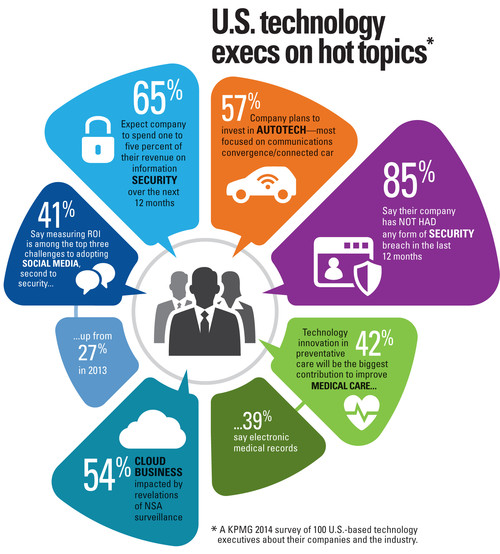 On its part, PricewaterhouseCoopers noted that in the U.S., 57 deals closed in the first quarter, up 36 percent year over year, for a total value of $22.6 billion, up by 113 percent. Mobile and cloud-related deals dominated the top transactions for the quarter, PwC noted in its US Technology Deals Insights, Q1 2014 update, also published this week.

"Software and internet deals will continue to increase," PwC predicted.

Tech vendors are trying to position themselves to take advantage of the move to mobile and cloud technology by consumers and businesses.

"I am encouraged by the near record deal volumes in the first quarter of 2014, and that transformational big-ticket deals continued," said Joe Steger, EY's head of Global Technology Industry Transaction Advisory Services, in the company's report. "Both are being driven by the still-increasing acceleration of change based on the five transformative technology megatrends of mobile, social, cloud, big data analytics and accelerated technology adaptation -- and the new possibilities they foster, such as IoT [Internet of Things]."

There have been some economic clouds on the horizon, however.

While unemployment held below 7 percent in the U.S. in the first quarter, concerns still remain about the participation rate and exclusion of part-time workers, PwC pointed out.

In addition, there were some disappointments in first-quarter earnings. "Mixed results amongst recent earnings for leading technology companies put pressure on business model efficiency and competitive positioning," PwC said, adding, "Abroad, China fared better than most expected with a reported GDP growth of 7.4% for the first quarter, but the country's manufacturing sector has recently been reported to be shrinking."

Meanwhile, slow emergence from recession coupled with the crisis in Ukraine continue to raise concerns for European markets.

Just last week, IDC reported that a slowdown in the growth rate for mobile device sales and economic uncertainty in emerging markets would curb global IT spending this year. IT spending will rise 4.1 percent in constant currency this year, to US$3.7 trillion, IDC said. That's lower than last year's 4.5 percent growth and down from IDC's prior forecast of 4.6 percent growth.

But despite the economic turbulence, technology executives believe that there will be an appetite for new technology, according to a survey of technology company executives released by KPMG this week.

"Most (86 percent) of the executives say that technology innovation to create competitive differentiation will be the top driver of transformation for their business over the next three to five years and almost three-quarters (72 percent) say customer demand -- changes in customer focus, buying patterns and preferences," according to the KPMG report.

"We are witnessing a convergence of technologies and business opportunity that is producing a flood of revenue in Cloud and Mobile," wrote Gary Matuszak, head of the KPMG Technology, Media and Telecommunications practice. "Also, technology companies are leveraging Cloud to transform their business to become more efficient, smarter and flexible."

"The jump in expectations for data and analytics growth is due in large part to growth in cloud- and mobile-based services that produce massive amounts of data and a competitive advantage for those who can mine the data for actionable insights," Matuszak said.

Ultimately, the vagaries of economic growth will not fundamentally change the move to new technology, market researchers say, and this is what drives M&A.

"Companies seek to keep pace with the continuing fundamental shifts in the IT landscape," PwC said.