Individual departments inside organisations with big data strategies are running rogue projects without consulting the IT group, new research has found.

More than one-third (36 per cent) of business units are not consulting or only partially consulting the IT department on their big data projects, according to a study conducted by Pure Profile on behalf of Rackspace.

Just over one-fifth (22 per cent) of the 500 survey respondents said that individual divisions with their companies had taken on their own big data initiatives.

Angus Dorney, general manager at Rackspace, said some Australian companies are saying one thing and doing another when it comes to owning and implementing big data projects.

“Harnessing the value that is locked into this new breed of rogue projects so that it can be channelled forward for real line of business competitive advantage will be a key next step in Australia’s big data growth,” he said.

The top three departments running rogue big data projects in companies with a strategy were marketing (54 per cent), sales (52 per cent) and finance (39 per cent).

Meanwhile, only 28 per cent of the respondents are putting a strategy for data analytics in place, the research found. SMEs (1 to 50 staff) experience the widest gap between having an understanding of big data and its potential benefits (45 per cent), and those that implement a strategy (23 per cent).

Dorney said it was a misconception to think big data analysis is for the big end of town as all types of organisations can take advantage.

“Storing and accessing data is available to all. Making a start with data collection is what counts, even if you’re not quite sure why and how you’ll use the data immediately,” he said.

Read more Where IT meets marketing 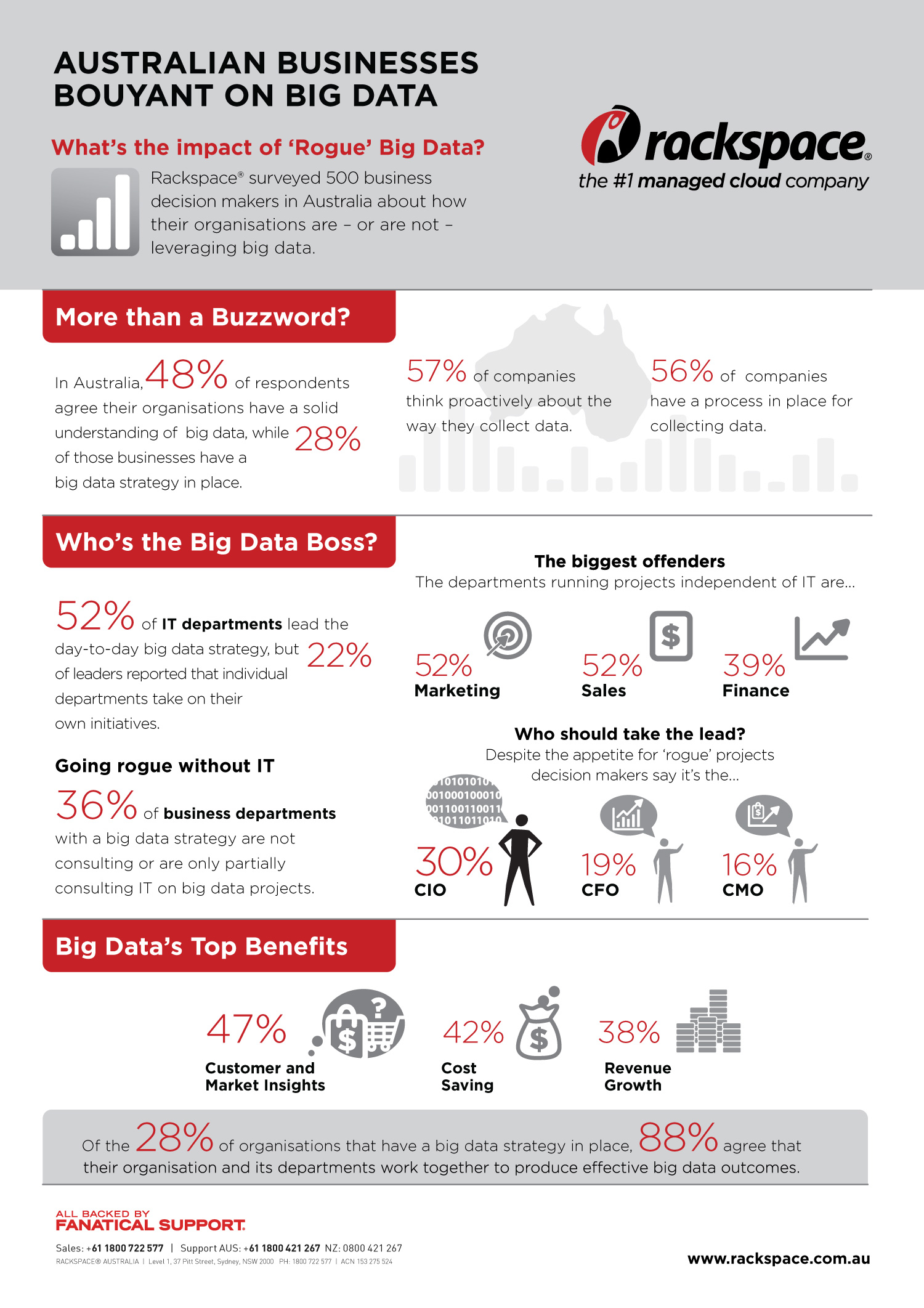