Menu CIO
Deep learning algorithm's learn how to frighten us

Just in time for Halloween, researchers at Data61 and MIT Media lab have created a deep learning algorithm to generate disturbing imagery.

There are two parts to the Nightmare Machine project – Haunted Places and Haunted Faces – which are each terrifying and impressive in equal measure.
For Haunted Places the team used algorithms to learn what it called a 'nightmarifying' process, learning a variety of spooky artistic styles that can then be applied to idyllic imagery.
"We use deep learning algorithms to learn first how haunted houses, then ghost towns, and more recently toxic cities look," explains principal research scientist at Data61, Manuel Cebrian. "Then, we apply the learned style to famous landmarks. It’s surprising how well the algorithm can extract the element from the “scary” templates and plant it into the landmarks.” 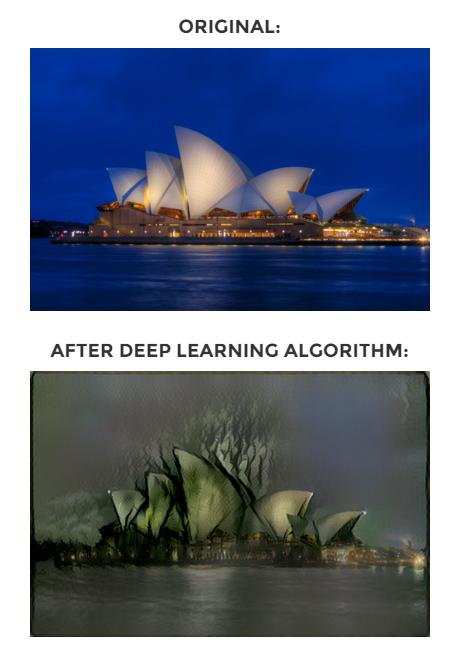 The algorithm has now mastered a variety of spooky styles including 'alien invasion', 'tentacle monster', 'inferno' and 'slaughterhouse'.

Haunted Faces, meanwhile, uses deep learning applied to images of faces to generate new faces, plus a dash of what the researchers call 'evil spirits'. Through the website Nightmare Machine, visitors were asked to rate the faces on their fear-factor to help the algorithm 'learn scariness'.
Cebrian added that initial “tallies revealed that humans quickly converge on finding some of them very scary, and others not so much”.

Read more ​How robotics is pushing banking towards a new self-service era
With the algorithm improving all the time, the output now is a spooky library of gruesome distorted faces with bloody gaping mouths, dead eyes and creepy, distorted expressions.
"For centuries, across geographies, religions, and cultures people try to innovate ways of scaring each other," the Nightmare Machine website states. "Creating a visceral emotion such a fear remains one of the cornerstones of human creativity. This challenge is especially important in a time where we wonder what the limits of Artificial Intelligence are: Can machines learn to scare us?"
An algorithm's ability to scare is a scary concept in itself. Cebrian said that the team is now interested in testing that phenomenon experimentally. 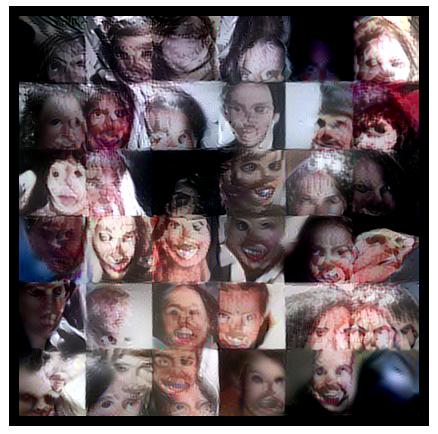