Menu CIO
At home with Airtasker: The start-up's CTO Paul Keen on building for hypergrowth

Airtasker is a company in 'hypergrowth'. Last year the job outsourcing marketplace surpassed half a million members, secured $22 million in a funding round led by Seven West Media and recorded its fifth year of consecutive revenue growth. In October its award-winning ads aired during the AFL grand final half-time break.

The Sydney-based start-up had been the victim of some growing strains. Its infrastructure had failed when most needed, the site crashing at the very moment TV spots grabbed people's attention.

At the beginning of 2016, the company appointed former Dick Smith CIO Paul Keen to the role of chief technology officer. Tasked with building a scalable and solid infrastructure that could handle the massive spikes in traffic the website would be experiencing, Keen took Airtasker to the cloud.

“We knew that we had to keep our infrastructure up ahead of where the business was going to go,” Keen says. “So we found a way that we weren't going to be limited by growth.”

That work complete, Keen’s team is now focused on ensuring every Airtasker user’s experience is slick and secure, no matter how high membership numbers get.

They're also trying to solve the nagging question in the way of mainstream success: How comfortable are you with inviting a complete stranger into your home to iron your undies?

Technology – including machine learning, moderating algorithms and complex analysis – will be the enabler, he says, that will help Airtasker reach its lofty aim of becoming a trusted, household name. Creating that technology demands a laser-sharp focus from Keen and every one of Airtasker’s 60 staff.

“Every person who works at this company is critical to our success,” he says. “This becomes what you are.”

It had been getting by, just about, with four on-premise servers that were “less powerful than your MacBook Pro”, Keen says.

The set-up was not up to scratch. When Airtasker appeared on a spot on Network Ten’s The Living Room, activity inevitably spiked, and the website crashed.

“There was this huge, Yosemite cliff-face spike of activity,” Keen says. “Those are your moments of opportunity to really sell your start-up. And unfortunately during those periods, that's exactly when it went down and we couldn't maximise the opportunity available to us.” 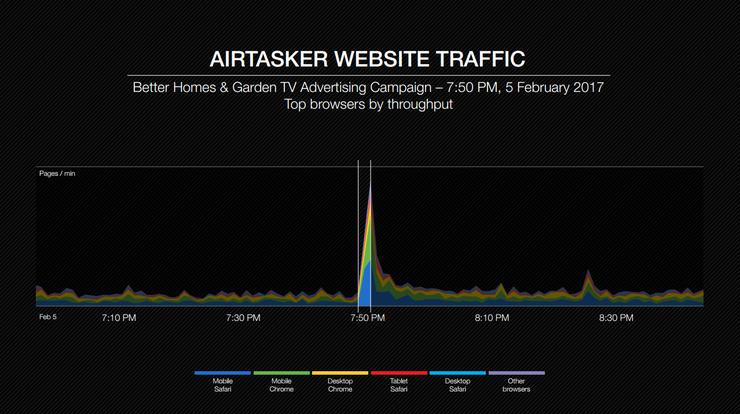 Moving to the cloud was never really in question. The migration was Keen’s third after Dick Smith and experience gift retailer RedBalloon.

AWS was chosen due to its continuous innovation (Keen admits to reading the cloud provider’s blog “religiously”) and its fit with Airtasker’s open source approach.

“When we were advertising during the AFL we spun up to four times the normal load. And it cost me something like $60 extra in servers. And because we only needed it to run for an hour you then put it down to normal again. You just can't do that unless you're in the cloud.”

“Nowadays many developers have DevOps skills so they're pretty good at doing the day-to-day activity and leveraging services. But every now and again it gets hard for them or it gets a little bit too low level. That's when you need certain types of skills, but you only need them on occasion.”

Infrastructure secure, Keen could start answering those persistent questions. Like the undies dilemma.

And equally, how comfortable are you going into the house of a stranger who wants you to iron their undies? They are questions that are fundamental to how big Airtasker can get.

“These are people coming to your house and we want to make sure that we can protect the people posting as much as we can and also protect our workers,” says Keen. “Reputation becomes a paramount piece. We want to provide the most credible place to put your task.” 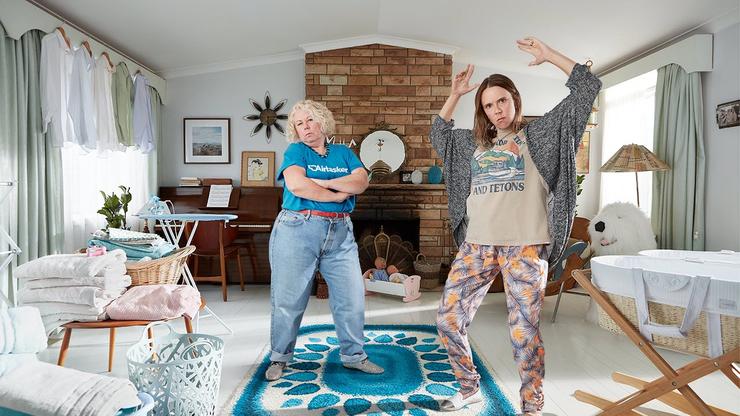 Read more ​Our security has always been superior: Amazon CTO

To give users added reassurance, last month Airtasker launched a pilot with Commonwealth Bank of Australia, working with its internal innovation team to create a ‘badge’ which users can add to their profiles after verifying their details with the bank.

A police check badge is already available, and others will be available shortly.

Answering only the most pertinent questions, like reputation, is critical, Keen says. The team must focus on issues that make a significant difference over the long term.

“It's not all about dealing with feature, feature, feature. We'd much rather focus on that customer journey that everyone uses rather than trying to build a new feature that only 10 per cent of users potentially might use," he says.

“That makes sense to me because I'm sure on your phone you have many apps – it's very rare you're asking for new features. Most of the time you’re saying 'I just want this thing to work and be stable'. And so that should be your primary focus and then building features and functionality should be the goal after that.”

Nevertheless, as the platform grows, more big questions are being asked.

“What made sense a year ago is no longer making sense now,” Keen says.

The sheer numbers of jobs posted on the site – 80,000 in the last month alone – has meant the presentation of ads and related alerts now needs to change.

“The discoverability of our platform becomes much, much harder,” Keen says, comparing the necessary changes to those made to Twitter's newsfeed of five years ago.

“It was this fire hose of stuff coming at you – it’s a bit like that on the platform now. We need now to use that data and go, well: What context are you in? Are you a poster? Are you a worker? Are you both? Have you just bid on a job? Have you not?”

Text alerts too have got out of hand. Subscribing to a handful of keywords could generate task-seekers hundreds of SMS messages. The solution will come from machine learning and the company is currently seeking to employ experts in the field.

“We've always had a small amount of data and a bit of machine learning capability here but it needs to become a core central capability at the company,” Keen says.

Other hypergrowth issues that need fixing are the continuing moderation of the marketplace to keep it fair and clean (“people-wise you can't moderate fast enough” Keen says) and the use of user data to present them with clearer job categorisations.

Despite companies with similar models like Freelancer (which is focused on online jobs like design and editing) and hipages (for qualified tradies), Airtasker is without direct competitors. A blessing and a curse, Keen says.

“When you have a direct competitor it’s easier to build urgency in what you’re trying to develop. If you don’t have a natural competitor you have to try to artificially build that urgency,” he explains.

That’s achieved with an agile working methodology in the Spotify mold, and creating a culture of ownership of work.

“For our engineers: if you’ve come up with the idea, you scope the idea, you develop the idea and you deploy the idea. It’s good in that you’ve got a lot of ownership – it’s bad in that there’s nowhere to hide in that model! But we want you to own it. It should become your baby and there’s your motivation right there,” Keen says.

Making the switch from a large corporate has given Keen a sense he can achieve more, and make more of a difference. And the feeling is contagious.

“You don’t come to a start-up because you want to do your nine to five and do your job for the day and go home and think about something else,” he says. “You take personal pride in the work and you want to see it succeed. Everyone is really passionate about what we are trying to do. There’s a great energy every day when you come to work.”