10 Tips for Dealing with a Bully Boss

Do you have a bad manager? Someone who makes your life miserable all week by criticizing your every move? 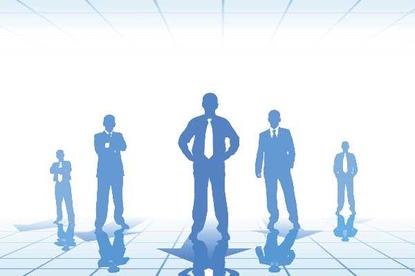 Is your boss a tyrant of Machiavellian proportions? If it makes you feel better, you're not alone. According to a study by the Employment Law Alliance, almost half of all employees have been targeted by a bully boss.

Do you have a boss who is off the wall - we're talking certifiably nuts? If it's any consolation, take comfort in knowing that you have more company than you can imagine. The simple truth is that bully or tyrant bosses can be found in abundance. Unfortunately, the majority can't legally be institutionalized. Many should not be bosses.

Also: How to recognise and deal with a workplace sociopath.

Tyrannical behaviour comes in all forms. There are bosses who are mind-controlling abusers, manic-depressive and psychotic. There are obnoxious bully bosses who rule by intimidation, insist on getting their way and fly off the handle easily. They treat subordinates like children and seldom ask for anyone's input. There are also predator bosses, a term that is explained in management consultant Harvey Hornstein's book, Brutal Bosses and Their Prey (Penguin Putnam), in which he defines two species of tyrannical bosses: "The Conqueror" and "The Manipulator".

Conqueror bosses prey on employees' weaknesses. They find great thrills in treating the workplace like a battlefield. Once they sense an employee's soft spot, they pounce on it. The unsuspecting victim doesn't stand a chance.

So what makes lunatic bosses act the way they do? Brian Stern, president of management consulting firm Shaker Consulting Group, contends that tyrannical behaviour often stems from bosses not knowing what they're doing. A false assumption is thinking that bosses actually know how to manage people. Mention the word "boss" and we immediately think that the person has some special abilities or training. There are rules and training programs for almost every conceivable job, from sanitation engineer to nuclear physicist, but no set curriculum teaches you how to be a boss. An obvious way to compensate for a lack of skills is to be tough and unyielding. You stand a better chance of being left alone and unquestioned this way.

Yet training alone won't turn a crazy boss into a sane manager. Whatever category your crazy boss fits into, the big question is whether you can work with him or her.

Tyrannical bosses come in one of two packages. "The first is the hard-nosed, tough, demanding perfectionist," says Stern. "They can be difficult to work with, but they will listen to reason because they're all about doing the best job they can. They also know that talented people make things happen. But they can drive you nuts trying to achieve goals."

The second type, however, is even more difficult to work with, says Stern. "They are unyielding control freaks and have a total disregard for the facts. They demand that things be done their way."

Next: How to Handle an Off-the-Wall Boss

How to Handle an Off-the-Wall Boss

If you feel compelled to improve your situation so that you can at least coexist with your crazy boss, Stern suggests tactfully talking to the tyrant. Take extreme care, and use diplomacy when broaching the subject, he advises. "Don't take an accusatory tone," he says. "Instead, put the burden on yourself. Begin by outlining the problem, and suggest ways you and your boss can work together."

A safer strategy is to lie low and stay out of the way of the tyrant boss. Do your job well, and avoid confrontations at all costs.

Only you can decide what will be the best solution, Stern adds. Whatever you do, remember that no job is worth enduring constant misery five days a week - not to mention obsessing about pending torture come Monday.

Yet Robert Mueller, labour attorney and author of Bullying Bosses: A Survivor's Guide, says you don't have to take a bully boss's constant abuse - and he doesn't endorse copping out by finding another job. Mueller contends that all victims of workplace bullying can become what he calls "workplace warriors" and use self-defence strategies that can restore power, dignity and options to the bullied employee.

The more you know about your despotic boss, the better you'll be able to handle him. There are many types of bully bosses. Mueller has identified seven types. Do any of the following strike a responsive chord with you?

1. Subtle bullies: They torment their targets with quiet but piercing techniques.

2. Abusive bullies: These bosses hound a target employee without mercy.

3. Crude bullies: These people throw their weight around loudly and physically.

4. Raging bullies: These people intimidate everyone in the vicinity with their out-of-control anger.

5. Echo bullies: Not normally abusive, they mimic bullying behaviour with their subordinates.

7. Satellite bullies: These are people of stature who undermine the target by contributing to someone else's bullying.

Next: Preparing for Battle

Before you march into battle, Mueller offers some observations about bully bosses:

› Management-team members interpret any confrontation an employee might have with a boss as also being a confrontation with them, and without well-documented proof of a pattern of behaviour, they will likely view the employee as the problem.

› If bullies notice you're ducking them, they will not see this as sensible avoidance, but as cowering behaviour.

› Don't be afraid to make eye contact with your bully boss.

› Don't mistakenly think you can defuse a bully by getting personal and showing your human side. Bullies not only don't appreciate the personal side of others, they don't tolerate it. Details of your personal, spiritual or emotional life are weapons in your antagonist's hands.

› Don't try and enlist the help of your HR department. HR can be the chilliest place any employee can visit, and also one of the most dangerous. HR's allegiance is to the employer - and its goal is protecting the employer from legal claims. Approach rarely, with caution, and only when fully prepared.

Mueller offers 10 strategies for going one-on-one with your tyrant boss.

Be methodical in how you behave, perform, document and strategize. Take notes after an incident. Try to stay unemotional. Even though he or she is trying to make you think the opposite, it is the bully who has a serious personal and professional problem, not you.

2. Be a workplace warrior.

Even if you plan to put out feelers for other jobs, dedicate yourself to vanquishing your abuser, not being a victim.

Document even the smallest incidents, which often become the most important, illustrating a pattern of bullying that might not otherwise be apparent. Teasing counts. Sarcasm counts. Ignoring you or criticizing you counts. A very public glare or silent treatment counts.

4.Don't let yourself get isolated.

Every day, pick out someone you haven't talked to for a while. Have a brief but focused conversation. Bullies work hard to alienate targets from their co-workers. Don't let that happen to you.

Pay attention to how your appearance - such as hair and clothes - is perceived by others. Make your personal space an oasis of calm and taste.

6.Try to stay in safe spots.

Your abuser is less likely to attack when you are around other supervisors, known allies, particularly upright employees, and customers or other outsiders of importance to the employer. Make a list of those people and places.

7.During a bullying situation, excuse yourself.

Don't beat a hasty retreat, and don't leave the building; tell your abuser that you're late for an appointment with HR, for example. Or casually excuse yourself to use the restroom. Never enter the restroom if you are being pursued by a bully.

8.During an attack, try distracting your abuser.

Pick up something physical - as long at it's not a threatening item - such as a critical file that needs the bully's attention or a note with an important phone number that needs to be called. Sometimes a simple distraction is enough to get him or her to stop.

Tell bullies as little as possible about your life, family, friends, hobbies, interests, religion and so on. Information about you gives them power.

10. Hold your cards close to the vest.

As you're building a case against a bully boss, the less you talk about your story to others at work, the better. Controlling what you say, when you say it and to whom needs to be part of your overall, well-organized strategy.

Next: My Boss Is Not a Bully, He's/She's Toxic!

My Boss Is Not a Bully, He's/She's Toxic!

Another variation of the tyrant or bully boss is the toxic boss, a term that has been around for a number of years. For those saddled with toxic bosses, there is actually a Web site and even a book about them, The Allure of Toxic Leaders: Why We Follow Destructive Bosses and Corrupt Politicians and How We Can Survive Them (Oxford) by Jean Lipman-Blumen. Toxic bosses are everywhere, according to Lipman-Blumen. Many are accomplished and extremely successful. Some are working for or running well-known companies. Others are geniuses who created breakthrough technology. On your first meeting, they can be well-poised and ingratiating, and can seem like they'd make great bosses, but that changes quickly once you start working for them. What you thought would be a dream job turns into a nightmare.

"Toxic leadership seems to be an equal-opportunity career path," she observes. Even though we're supposedly smarter and more psychologically tuned in than we were a few decades ago, "we continue to tolerate - even prefer and sometimes seek out - toxic leaders who degrade our lives and diminish our happiness."

Toxic leaders are everywhere, and they're not going away. "We see them in every arena: business, politics, religion, education, athletics," says Lipman-Blumen. Technology industries are rife with toxic managers, especially brilliant, warped geeks responsible for creating breakthrough technology.

Unfortunately, toxic bosses are hard to spot before you're hired. The reason is that many have Jekyll-and-Hyde personalities, says Lipman-Blumen. But if a sixth sense tells you that all is not kosher with this person, or that he is too good to be true or is unconsciously gnashing his teeth, do some homework and speak to employees or former employees. Unfortunately, few of us are going to act on our instincts.

What can you expect from toxic bosses once you're unlucky enough to be working for them? Lipman-Blumen lists common destructive behaviours:

Next: Can Anything Be Done?

Can anything be done? You're playing with fire if you intend to fly solo and confront your lunatic boss. "Forget heroics," Lipman-Blumen says. If you feel compelled to right the situation, she advises putting together a coalition. There is strength in numbers - or at least, you hope so. "There are probably many others who share your concerns, but feel as lonely and isolated as you do," adds Lipman-Blumen. "Get them together and plan your strategy."

But even then, she cautions that you're walking a precarious line.

Trying to straighten out a crazy boss is like trying to soothe a starving cheetah that's about to consume you for dinner. But if you've got guts and a sense of adventure, why not have it out with him or her? You'll certainly feel better about yourself - and you may be surprised by the results.

Other findings from the Employment Law Alliance study include:

81% of bullies are managers

50% of bullies are women and 50 percent are men

84% of targets are women

82% of targets ultimately lost their job

95% of bullying is witnessed