Optus, Telstra, Vodafone and 3 to carry the 9800 handset 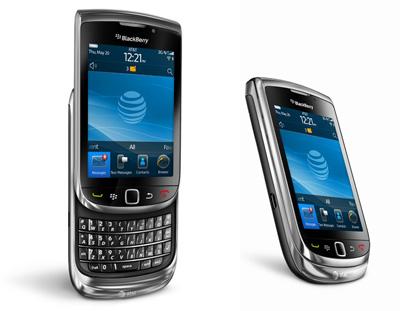 BlackBerry maker, Research in Motion, has announced its new Torch 9800 handset and BlackBerry 6 operating system - unveiled overnight in the US - will be available through all of Australia's major mobile telcos.

"We look forward to bringing the BlackBerry Torch smartphone and the BlackBerry 6 experience to Australia with Optus, Telstra, Vodafone and 3 in the coming months. We will keep you posted with further updates," the company said in a statement.

The Torch is the company's first handset to combine both a BlackBerry keyboard -- which many users still prefer over the new wave of touch-screen interfaces -- with a touch-screen of the kind found on flagship RIM handsets such as the Storm.

It will also be the first BlackBerry handset to feature version 6 of the Canadian manufacturer's operating system.

The user interface has been redesigned for Blackberry 6, and RIM is touting better integration with various social networks (such as Facebook and Twitter) and instant messaging applications. A new browser based on the popular Webkit code has been integrated -- including tabbed browsing.

RIM said as well as shipping on the Torch, BlackBerry 6 is expected to be available for a range of its other existing handsets -- the BlackBerry Bold 9700, the Bold 9650 and the Pearl 3G.

The Torch will feature a 3.2" 360x480 capacitive touch-screen display, a 624Mhz processor and 512MB of flash memory, plus 4GB of built-in storage and a microSD/SDHD expansion slow that can take a card with up to 32GB of memory. An additional 4GB card is included.

The handset's included camera is rated at 5 megapixels and can record video at up to 640x480 resolution. Wireless access using the 802.11a/b/n standards is supported, and tri-band HSDPA and quad-band EDGE support on the cellular networks.

RIM has not yet released any Australian pricing for the Torch, but it will be available for $US199.99 on a two-year contract with AT&T in the US