Tennis Australia CIO talks about the changing role of the CIO 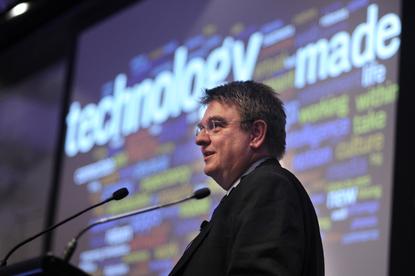 Moving Tennis Australia from blaming the IT department to working in harmony has been a key task for CIO, Chris Yates.

Speaking at the CIO Summit 2010 in Melbourne, Yates outlined the ‘three Rs’ for today’s CIOs — respect, realignment and role. When Yates arrived at the sporting organisation three years ago the business, like many organisations, was wary of the IT department’s attitude when fixing PC issues. “If you try and baffle people with technology, they feel stupid and they hate you. So you have to work on being able to communicate – it’s one of the key things,” he said. “So we work on talking to people, saying ‘This is a really common mistake. Don’t worry about it – I’ll fix it for you. You’ll be fine.”

While IT delivers the core fundamentals of the business, it is continually blamed for the business problems. Yates said CIO are responsible for their own environment and must align with the business by partnering with it.

Lastly comes the three roles, starting with what Yates calls the ‘creator CIO’. "I describe myself as being the first one. They go into IT units and act as an agent of change.” The second is the captain, a person who is happy to keep things running smoothly. The third role is the CIO who is “in a coma”, keeping things ticking along and awakening periodically for key projects and programs.

"Everything slides down until they are given an injection of cash and than they come alive before slipping back into a comatose state.” Turning to realignment, Yates said that CIOs are in a unique position as they understand all aspects of the business from the financial to backend systems. “We are seeing companies hiring people with IT backgrounds as CEOs. This is because there is a major cultural shift happening where the technology is moving so quickly the business can't keep up. They are flustered by social media.”

“To think that a generation defines how we work is basically a simple act in terms of thinking," he said. "People say that Gen-Y’s have no job loyalty. But I ask, who started that? These kids grew up during a period where people were retrenched. They think, 'There is no corporate loyalty'. It’s not a characteristic of that generation; it’s merely a response to the world they grew up in.

“They’re no smarter, they’re no dumber, they’re just people. It’s not about Gen-Y ‘getting it’. I think that’s rubbish; I see women in their 50’s who are grabbing hold of technology and running with it. People either get it or they don’t.”