Flaws in the Linux kernel and the GNU C library loader could grant superuser status to malicious attackers. 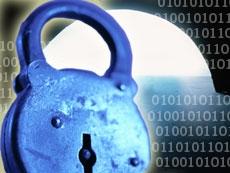 Two new vulnerabilities affecting Linux were uncovered this week that could potentially be used by malicious hackers to gain root privileges.

One vulnerability, which was reported on Tuesday by security firm VSR, arises from a flaw in the implementation of the Reliable Datagram Sockets protocol (RDS) in versions 2.6.30 through 2.6.36-rc8 of the Linux kernel.

The problem exists only in Linux installations in which the CONFIG_RDS kernel configuration option is set, and where there are no restrictions preventing unprivileged users from loading packet family modules, "as is the case on most stock distributions," VSR notes.

A proof-of-concept exploit created by VSR demonstrates the severity of the vulnerability. Heise Security tested the exploit on 64-bit Ubuntu 10.04 and was able to open a root shell, according to The H.

A patch has already been committed to the Linux kernel, and distributions should soon be updated accordingly. Users should be sure to install any updates to their Linux distribution or apply the committed patch and recompile their kernel, VSR advised.

Alternatively, preventing the RDS kernel module from loading is also an effective workaround, VSR said. That can be achieved by executing the following command as root: echo "alias net-pf-21 off" > /etc/modprobe.d/disable-rds

The second vulnerability, dubbed CVE-2010-3847, derives from a flaw in the library loader of the GNU C library that can be exploited to gain root privileges under Linux and other systems. Using the hole, an attacker could reportedly gain full control of a system by escalating his or her privileges after breaking into a web server with restricted access rights, for example.

Discovered and announced by Tavis Ormandy on Monday, the bug was found to exist in Red Hat Enterprise Linux (RHEL) 5 and CentOS 5, among other distributions. Patches are currently in the works, but "this is a low impact vulnerability that is only of interest to security professionals and system administrators," Ormandy noted. "End users do not need to be concerned."

In tests by Heise Security, a 64-bit installation of Ubuntu 10.04 appeared unaffected, The H reported.