IT workers warned not to be complacent in skills shortage

Employees demand great pay and great projects, but must be prepared to upskill, says Chandler Macleod 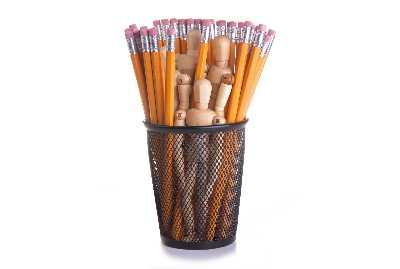 IT workers should ensure their skills are up-to-date to remain competitive in the sector, despite the current skills shortage giving license to demand better roles and larger salaries, recruitment firm Chandler Macleod has warned.

A study conducted by the firm, which surveyed 351 employee candidates, suggests there has been a shift from permanent to contract roles, indicating a change in attitude as candidates seek higher salaries and better projects.

Chandler Macleod executive general manager of recruitment, Peter Gleeson, said that while contracting roles have always been a strong method of employment in the IT sector due to its project-based nature, the global financial crisis has caused skills sets to become much more scarce and candidates are now chosing to continue contracting instead of seeking permanent positions.

“What’s particularly interesting about this sector is the appetite for contract work,” Gleeson said. “Our staff have observed the number of candidates seeking contract roles increasing, even as high as an 80/20 split over permanent employees, as they look to maximise their earning capacity and remain attractive talent prospects.

“The trend is and will, I believe, continue to be contracting. It gives employees choice on where they want to work, it gives them flexibility around actual work hours and their work-life balance, and it pays more.”

According to Gleeson, the shortage in skills has forced employers to consider ‘permanent poaching’ to secure staff in highly technical roles. The term refers to employers realising they won’t always have the skills they need on tap and, upon finding staff with those business critical skills, making offers of permanent employment where in the past they may have used contracting.

“In some areas we are starting to see significant wage increases to lure unique talent,” he said. “By initially offering inflated salaries to those with high demand skills, employers are trying to secure specialised staff on a permanent basis.”

While employees are now in a strong position of power, Gleeson said companies are starting to reward return on investment rather than just offering a higher salary.

“It has to go both ways; employees and people coming into the organisation have to realise that any hiring these days is an investment.

“People with the right skills are probably going to command a higher price in the market, but I think employees also have to be careful because they must continue to upskill themselves. They have to make themselves attractive in a contemporary way in the marketplace,” he said. “It should be a progressive thing where, if employees are prepared to upskill, they should expect a high level of return or reward but if they’re just doing the same as they’ve always done and they’re a middle-of-the=road employee, they need to expect middle-of-the-road-return.”

According to Gleeson, the outlook is not only applicable to mid-level candidates — it also applies to senior roles such as the CIO.

“If you’re at a CIO-level, where you manage, develop and create teams, then you must also remain competitive in terms of your skill set.