Netbook and desktop editions come together 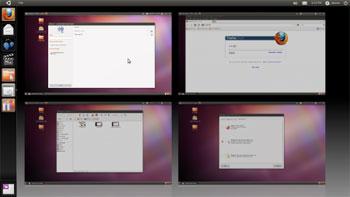 The latest generation of the Linux-based Ubuntu operating system, 11.04 ‘Natty Narwhal’ has been released and marks the first release to ship with the Unity desktop environment by default.

The final stable release comes one month after the first beta and is in keeping with Ubuntu’s six month release cycle. The last version was 10.10 ‘Maverick Meerkat’ released in October, 2010.

Natty stable includes all the features of the beta version with numerous bug fixes.

Existing Ubuntu installations can now be replaced or upgraded with the desktop CD installer or the usual online method.

In October last year, Canonical announced future versions of Ubuntu will ship with Unity as the mainstream desktop environment over GNOME, which has been the default since Ubuntu started.

The move away from GNOME, and eventually X.org, can be viewed as risky for Ubuntu, which built a strong following in both of those open source communities.

Unity began life a few years ago as the “Ubuntu Netbook Edition”, before being branded as Unity.

With the arrival of Natty, the “Edition” naming scheme has been retired in favour of just Ubuntu for clients (netbooks and desktops) and Ubuntu Server for servers.

In keeping with alphabetical order, the next Ubuntu release will be 11.10 ‘Oneiric Ocelot’ in October. See Mark Shuttleworth’s blog about the release.