Increased customer base, thanks to two-month deployment 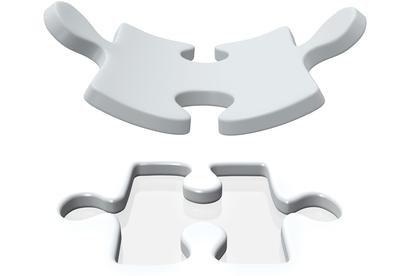 In-depth: Legal issues in the Cloud.

The consulting firm's general manager, Frederic Drouin, told CIO Australia that the company’s move to the Cloud was relatively sudden

“I wanted a Cloud solution because we’re advising our clients on Cloud as a business model and I wanted something that could be deployed in two months,” he said.

“I had a customer constraint where they wanted a project delivered within two months [through the Cloud].”

While Drouin did not officially go to market when choosing a vendor, he said there were three key players that stood out for him.

“I looked at the cloud solutions in the market,” he said. “I myself did a shortlist and it comprised of BMC, HP and Axios ... and I negotiated a pricing based on functionality and support.”

Drouin said he chose BMC for the rollout, deploying its Remedy OnDemand SaaS solution because of its pay-as-you-go nature and the minimal time of rollout.

“We had to go live on the 4th of January, that was one of the requirements from our clients, and we had about two months and worked with the BMC team in Melbourne and the US,” he said.

"... To have everything in the cloud, it supports our company.”

The rollout was completed on time, with Drouin saying that the company’s move to the cloud has allowed it to gain three more customers thanks to consistent service, more transparency and the ability to comfortably meet commercial SLA’s.

“The on-boarding of future clients is much easier, and I get some accurate reporting,” he said. “Now, we have those reports on a weekly or monthly basis.”

With the aim of achieving an ROI within 18 months, Drouin said he has since revised this down to between nine and 12 months.

Next on Drouin’s IT agenda is an expansion of Wood Group Information Services’ agreement with BMC, with plans to implement change management modules from the vendor.

“We’ve started by using a few of the modules form BMC, but now we’re expanding this to change management and are intending to do this ourselves and just leverage BMC when we run into problems,” he said.