Terminating the data centre one desktop at a time 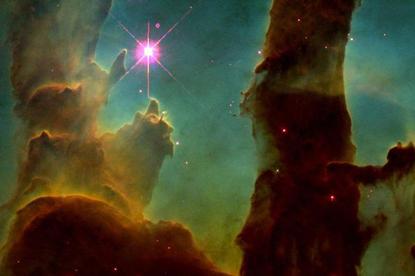 Key players behind the Australian-New Zealand joint bid to host the $2.1 billion Square Kilometre Array radio telescope will launch a grid Cloud computing initiative by September with the aim of potentially harvesting the computing and storage power of desktops worldwide.

The International Centre for Radio Astronomy Research (ICRAR), along with iVEC, the company running the $80 million high performance computing Pawsey Centre at CSIRO in Western Australia, are set to launch a “citizen science” application this year based on the open source Nereus V Cloud computing technology developed at Oxford University. The application, dubbed “theskynet” by Australian researchers, would grant anyone not affiliated with the global telescope project access to the datasets formed out of the array’s work.

It could effectively become a wider desktop-based Cloud initiative, according to two Oxford University researchers who undertook a three-month research project (PDF) earlier this year to explore Cloud computing options as an alternative to the exaflop-capable supercomputer believed to be required by 2020 to crunch through the data output by the final telescope array.

Once complete in mid-2013, the Pawsey Centre being constructed as part of the telescope array bid would be capable of petaflop computing, making it the third fastest supercomputer in the world based on the most recent listings in November 2010.

The first two stages of the Pawsey Centre, which include a HP POD modular data centre and a second, GPU-based processing centre, would be capable of computing power in excess of 200 teraflops and storage of about 1.5 petabytes. The project is expected to deliver up to an exabyte a day of raw data, compressed to some ten petabytes of data in images for storage.

Data would be transferred over some of the fibre rolled out by Nextgen networks as part of the Federal Government’s $250 million Regional Broadband Blackspot Program.

However, the researchers claimed that even with such a computer, the resultant data would be impractical to store. Use of multi-tenanted public Cloud computing offerings like Amazon Web Service’s EC2 storage platform for the SKA’s effort would cost approximately $US455,000 per year ($AU427,125 at time of writing) to operate.

Instead, the researchers prototyped a Nereus V testbed using 200 clients at the University of Western Australia, Curtin University and iVEC with two servers deployed through management at a NereusCloud domain. The clients used for processing included Mac Minis and some Linux-based desktop PCs with at least two gigabytes of memory.

The Oxford-developed Nereus was chosen over grid computing alternative BOINC, which already harnesses five petaflops of data through similar computing projects, due to the former’s Java base and greater security.

The researchers recommended widespread use of the computing grid across university campuses to take advantage of the powerful computers and high-bandwidth fibre already available there. However, director of the Australia-New Zealand SKA project, Peter Quinn, said that the research institutes involved would receive greater use of the data by expanding it beyond campuses to citizen scientists otherwise not involved in the project.

“We’re keen to expose the datasets to the public,” he said. “You get a multiplication of the science utilisation and science return on this data.”

Quinn’s desire to see the citizen science project going is linked to his push to revive the lapsed Virtual Observatory project in Australia and globally. The international initiative would use similar technologies to provide a central registry of disaggregated datasets from global telescopes, including those not within the Square Kilometre Array, for free access to scientists. Though Australia intermittently contributed to the project’s international alliance since 2005, its contribution has since lapsed.

“It’s a way of making very large numbers of very discrepant and very different, very diverse data sets available to researchers in a very uniform way and allow them to be exposed so you can ask queries into a service-oriented architecture,” Quinn said. “Finally [you can see] all the data in the world that has to do with blue stars, for example. Then you can actually ask a query — ‘give me all the blue stars that are bigger than X and further away than Y’. So you can actually start doing research from these digital archives but you don’t have to know where they’re being held, or what format they’re in or what telescope they were taken with.”

Quinn said one of the key data processing concerns was providing the capacity and storage needed with minimal environmental impact.

“We really want to have a very, very Green approach to our supercomputers so we don’t have a huge power bill to deal with,” he said. “We can have probably the world’s fastest supercomputer but not generating nearly as much heat and probably as much power as today’s supercomputers do.”

Though a power usage effectiveness indicator has not been reached, he said the project would look to reach an average power use of around 10 megawatts, 10 times less than the 100 megawatt range currently used by some of the world’s fastest supercomputers.

The Australian Government committed $40.2 million to the project as part of the 2011-2012 federal budget, amounting to some $350 million in grants and funding received so far from the Western Australian and federal governments over the last three years. The latest funding round is expected to form approximately a third of the 90 million euros ($AUD120 million at time of writing) required to fund the detailed design for 10 work areas covering a spectrum of SKA satellite dish construction and accompanying materials, as well as the formation of the international project office, hosted out of Manchester in England. The rest of the funds required would be contributed from the other nine founding countries which signed an agreement earlier this year in Rome, though other governments are expected to sign on in coming months.