How Green is my Cloud?

Cloud providers are keen to tout their Green credentials, but energy efficiency must balance against demand and clean energy in order to achieve sustainability 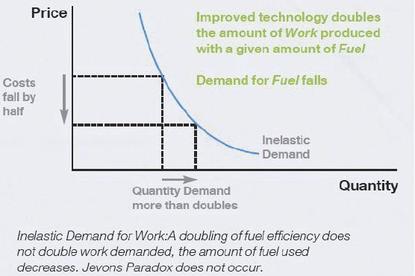 When it comes to Cloud computing, CIOs are pragmatic, and perhaps cynical enough, to take its Green credentials with a grain of salt. It’s not that sustainability isn’t an issue, but it’s the flexibility and potential savings of Cloud computing that really have everybody excited.

It’s probably just as well, because although Cloud companies are quick to play the ‘Green IT’ card, it seems they’re not always so eager to provide information to back up the claims. And as is so often the case when it comes to sustainability, it’s not just a story about energy efficiency — it’s about clean energy.

What is the link between data Clouds and Sydney in the mid-1800s? The answer is one William Stanley Jevons, an Englishman and economist who in his 1865 book, The Coal Question, argued that improvements in energy efficiency tend to increase rather than decrease the consumption of resources. The idea is now known as Jervons Paradox, and is often referred to as The Rebound Effect.

It is wholly a confusion of ideas to suppose that the economical use of fuel is equivalent to a diminished consumption. The very contrary is the truth. - Jevons

Jevons spent much of his formative working life — from 1854 to 1859 — in Australia as an assayist with the Sydney Mint. Gold fever was in the air, and it was Jevons’ job to assess the quality of the metal coming in from the goldfields. Jevons returned to England and eventually became the first Professor of Economics at University College in London. He is often credited as the founder of modern economics and he said later that many came to him during the time he spent in Australia. Fast forward 150 years to the data centre, and Jevons Paradox continues to hold; efficiency improvements around power consumption and the resulting cost efficiencies are one of the main hype points of Cloud computing. And it is the hype that has environmentalists worried.

In May 2011, environmental group Greenpeace released a report evaluating the energy choices of some of the big Cloud companies, including Akamai, Amazon Web Services, Google, HP, IBM and Microsoft.

The idea of the Cloud energy report card was to compare the energy-related footprint of major providers and their data centres.

Greenpeace maintains that despite a proliferation of industry-created metrics for sustainability, none answer the questions: How much dirty energy is being used, and which companies are choosing Green energy to power the Cloud?

The organisation examined a representative sample of each company’s most recent infrastructure investments, looking at the estimated size of electricity demand and the amount of renewable energy being used to power each facility. It contacted each company, requesting information on the data centres, as well as information about infrastructure siting and mitigation efforts.

“We expect these companies to play a pivotal role in ensuring we move to clean, safe renewable energy systems and avoid future disasters like Fukushima,” Greenpeace IT policy analyst, Gary Cook, says.

“But the IT industry’s failure to disclose basic information on its rapidly growing energy footprint has hidden a continued reliance on 19th century dirty coal power to power its 21st century infrastructure.”

One of Greenpeace’s gripes is that too often the IT industry equates sustainability with energy efficiency — an area that has seen good progress in recent years. The problem is that any gains in efficiency can be quickly negated by increased growth. And we are all too aware of the near exponential rise in data volumes over the coming years. The other issue is a lack of transparency. When Amazon Web Services reviewed Greenpeace’s power demand estimates, for example, it responded that the figures were not correct but did not provide alternative figures. Similarly for Google, which indicated the Greenpeace estimates had substantially exceeded Google’s current electricity demand, but did not provide additional information.

Clearly, it’s a thorny issue. But that’s just one side of the coin.

A survey by Pike Research adds to the debate as to whether Cloud computing is a ‘greener’ approach to running data centres. It indicates that the energy savings of Cloud computing are ‘substantial’.

In its report, Cloud Computing Energy Efficiency, the market intelligence firm claimed that the adoption of Cloud computing would lead to a 38 per cent reduction in worldwide data centre energy expenditures by 2020.

We are not going to solve the climate problem via efficiency -- we must move to cleaner sources of energy. - Bill Weihl, Google energy czar

As part of its Cloud computing adoption scenario, Pike Research forecasts that data centres will consume 139.8 terawatt hours (TWh) of electricity in 2020, a reduction of 31 per cent from 201.8 TWh in 2010. The reduction will drive total data centre energy expenditures down from $23.3 billion in 2010 to $16.0 billion in 2020, as well as causing a 28 per cent reduction in greenhouse gas emissions from 2010 levels.

According to Pike Research, the report shows computing Clouds are able to achieve industry-leading rates of efficiency. It highlights the fact that only the largest of organisations would have the financial resources to offer the same levels of efficiency within their own data centres.

Pike predicted that much of the processing being handled by today’s data centres will have been transferred to the Cloud by 2020.

“Few, if any, clean technologies have the capability to reduce energy expenditures and greenhouse gas production with so little business disruption. Software-as-a-service, infrastructure-as-a-service, and platform-as-a-service are all inherently more efficient models than conventional alternatives, and their adoption will be one of the largest contributing factors to the ‘greening’ of enterprise IT.”

Which brings us back to Jevons.

The problem is the debate focuses on two sides that are talking about the same issue, but not on the same issue. There is no doubting Cloud’s efficiency.

More complex, however, are the definitions of sustainability and Green IT. And CIOs know better than most that it’s hard to argue amorphous concepts against hard, cold figures. But the next time a Cloud provider trumpets its Green credentials, ask about its investment in renewable energy sources. And watch the reaction.