How do the best leaders maintain their equilibrium? Part 2 in our series. 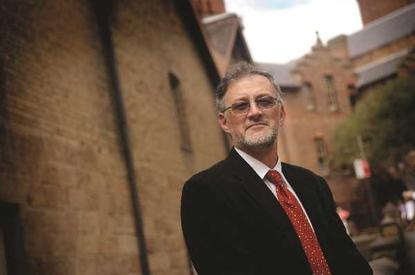 Rob Livingstone: What we are really talking about is transformational leadership

It is said that the best business leaders know EI is the killer app. Quentin Jones would not go quite that far. Jones is the managing director of Human Synergistics Australia, a leadership consultancy that has worked with a who’s who of corporate Australia, including BHP, Coles Myer, Goodman Fielder, IBM, Lion Nathan, Nestle, Procter & Gamble, Shell, Telstra and Woolworths.

Jones’ reluctance is not of EI’s message, but of its selling. He says the idea that EI is a management skill has caught people’s attention because it has been packaged in a compelling way. “Academically, EI is extremely contentious,” Jones says.

“The academics will always argue that EI is overstated. Is it an intelligence, along with IQ? At best it is probably a skill; part of a broader set of competencies. The danger is that it can be popularised too easily. But dig into the academic literature and it becomes difficult to defend.”

Jones suggests going back to the work of Daniel Goleman, the American psychologist who brought the concept of emotional intelligence to leadership theory.

“Nobody will contest the idea that self-awareness — being in touch with our feelings — is vital, especially for men,” says Jones. “We also need to be able to assess others. How am I coming across now? Is the person still engaged? Am I aware of how they feel? Finally, we have to manage our own emotions and support others to manage their emotions.

People trust a leader who is mindful of their wellbeing, understands their fears and needs, and who knows when to step in

“Of course the average manager needs to be better at all these things. That proposition is absolutely legitimate. So I think EI represents the kernel of a good idea.”

Rob Livingstone was CIO of Ricoh Australia for 10 years. Now, as the principal of Rob Livingstone Advisory and a CIO Executive Council mentor, he mentors IT executives. Livingstone is wary about using the term emotional intelligence and overstating its role in what old school managers would simply call influence. For Livingstone, leadership has as much to do with capability, instinct and gut feel.

Read Part 1 of The leadership formula.

“One of the main challenges in senior IT management is that you have to influence people outside your chain of command. IT is visible across all functions in the business, underpins everything across the business, and everybody has an opinion. IT leaders are not able to directly manage other parts of the organisation, so their ability to influence is critical.”

Livingstone says effective, consistent and high-impact managers appreciate the context of what they are doing, conduct themselves effectively, understand their relationships with others, and leave their egos at the door. This, he says, is how they win respect and wield influence.

“The point is that if you give this collection of skills a title — and you call it something like EI — many CIOs will say yeah, yeah, but we’re pragmatists. We deal in real world decisions.

We don’t need that stuff. Break EI down to its components and it is essentially a by-product of effective management. It has been productised and given a badge.” Julian Tan, the former CIO of Dexus Property Group, agrees. Tan says the current business climate is generating many workplace conundrums for CIOs.

Read more about IT leaders in CIO Australia’s Management category..

Some are perennial; others are a feature of the times. But, he says, the successful CIOs are those who can manage their teams, their peers and themselves, whatever the circumstances.

“There has always been a need for EI to be part of a good leader’s make-up,” says Tan, now director of Encompass Consulting. “Leaders need emotional intelligence because the heart is a greater motivator of behaviour than the mind. When logic or someone’s physical state tells them to stop, loyalty, faith in leadership, and belief in what you have been asked to do will keep any team motivated.

“People trust a leader who is mindful of their wellbeing, understands their fears and needs, and who knows when to step in and simply ask how they are feeling. Leaders understand that our need to belong is a much greater motivating factor than a person who merely manages task execution without regard for people.”

Read Part 3 - From technical lead to leader of people