Shared services has had a chequered history of deployment within government, but its potential to save time and effort keeps it at the top of ICT agendas 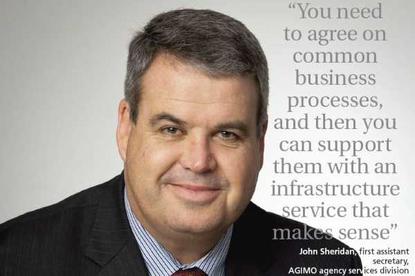 The role of shared services can often be broken into two layers. The first is the infrastructure layer — the data centres, networks and desktop infrastructure, and some of the more basic generic services. The second is the complex applications that run across the first layer — services such as human resources, payroll, and some financial activities such as fleet management.

Different governments have taken different approaches. In Victoria, for example, the infrastructure layer is handled by the shared ICT services organisation, CenITex, which was created in 2008 from the merger of two existing organisations under the Department of Treasury and Finance, the Shared Services Centre (SSC) and Information & Technology Services (IT&S).

CenITex currently supports 36,800 desktops across 10 of the 11 Victoria government departments and two major agencies, and is a core component of the Victorian Government’s Efficient Government Policy. But with the organisations currently changing leaders, a spokesperson declined to comment on its success or future direction.

The infrastructure layer is also the domain of the Australian Government Information Management Office (AGIMO) in Canberra. First assistant secretary of its agency services division, John Sheridan, says the key to successful implementations of shared services is to consolidate both the infrastructure and the services appropriately. The best place to start is in creating common processes.

“In order to get good shared services, you need to agree on common business processes, and then you can support them with an infrastructure service that makes sense,” Sheridan says.

AGIMO currently manages the federal government’s ICON dark fibre network, as well as the secure ministerial communications network that runs over it, and a supported telepresence service. It is also currently developing the federal government data centre strategy, which incorporates what it calls a ‘data-centreas- a-service’ (DCaaS) model to providing services to about 50 smaller government agencies that spend less than $2 million a year on ICT.

A discussion paper was released in February this year, and AGIMO has indicated that it may consider Cloud computing technologies as part of its DCaaS model.

Sheridan says the model for shared services at AGIMO is simple.

You need to agree on common business processes, and then you can support them with an infrastructure service that makes sense”

“Wherever we can provide a service that has commonality across those agencies, instead of spending money on stuff that’s common, they can spend it in a way that any business would prefer to — on the things that differentiate them from other businesses,” Sheridan says.

In Queensland, the infrastructure layer is handled by another agency under the Department of Public Works, CITEC. To date, 13 agencies have signed off on consolidation strategies with CITEC, with the products developed under the program expected to become CITEC standard business offerings from September 2011.

Another shared services project, Queensland’s Identity, Directory and Email Services (IDES) program, is creating a single identity management platform for government employees that will be the largest of its kind in Australia.

According to a Queensland Department of Public Works spokesperson, the service offers the potential to reduce costs and risk to government service delivery, ensure compliant email services and increase government efficiency and effectiveness. A pilot of IDES within CITEC will take place from June this year and be spread to the rest of the department from July.

South Australia’s shared services strategy kicked off in 2006 on the back of a budget speech given by the then-treasurer, with Shared Services SA created in October 2007 to deliver services around client devices, hosting and data, networks, ICT user support, corporate application and database services.

According to the executive director of Shared Services SA, Damian Bourke, the service reform framework adopted by his organisation is one commonly employed in such initiatives. It involves transitioning services from agencies on an ‘as is’ basis, and, after stabilising the delivery of the services, simplifying, standardising, consolidating, rationalising and transforming them.

“This approach is considered to involve much less risk than alternative models, and enables us to better identify business requirements as services centralise and to develop effective reform solutions,” Bourke says. In December 2010, Shared Services SA gained approval to commence the due diligence phase for some ICT services for certain agencies, ahead of final approval being sought to physically and formally transition the services.

“The benefits already being derived with regards to ICT services provide a high degree of confidence that the business case for proceeding with this aspect of the overall shared services reform is a sensible one.”