The dangers of 'groupthink' 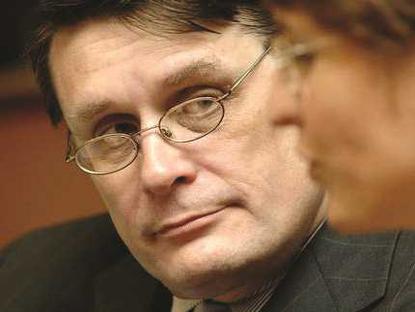 Nigel Cameron has a question.

Several questions actually. As the chief executive officer of the Center for Policy on Emerging Technologies (C-PET), Washington DC’s independent think tank on science and technology policy, his role is to ask questions to which nobody yet has the answers.

Most people aren’t entirely comfortable with this concept — certainly not at the management and board levels. But Cameron argues those who challenge the status quo are probably some of the most important participants in an organisation.

The former research professor and associate dean at the Illinois Institute of Technology and director of the Center on Nanotechnology and Society has long railed against what he terms as ‘public enemy number one’ — groupthink — the propensity for thinking to move in the same direction to the exclusion of any serious questioning.

“But there is a tendency to sign off on other people’s agendas — it’s a coalition in politics but it’s not just conscious in this context — rather than having our own independent view of these things. It’s a basic tribal behaviour and it is very, very dangerous.”

Read more about IT leaders in CIO Australia’s Management category.

As the chief knowledge officers within an organisation, CIOs are in the best position to ensure groupthink doesn’t invade senior management decisions, Cameron says, almost like an ‘ideas ombudsman’ within the business.

“You could argue that this is the person who signs off on knowledge networking within the organisation. That means they are the ones signing off on the non-groupthink mentality in the nature of the knowledge engagement.”

The faster change takes place, he attests, the more important leadership becomes. And organisations — be they political or commercial — must become accustomed to the concept that ‘business as normal’ has changed irrevocably.

“Normality is perhaps the prime victim of our move into the 21st century and up the Moore’s Law curve. There is no more normality; we are coping with a revolutionary situation in which the only stasis is that there is no stasis.

“Therefore, you have to retool the structures between the knowledge structures and the authority structures. And you really have to do this in a way that, at a structure level, is more challenging to the top positions and introduce ‘uncomfortableness’. Introduce squeaking joints and hangnails into the whole process.”

Increasingly, organisations that are capable of re-evaluation and are not afraid to confront the hard questions as part of their regular processes will have the competitive advantage. Cameron terms it ‘cultivating the outliers’ and he says it is fundamental to good decision making.