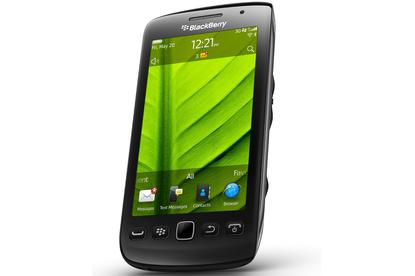 Optus will become the first carrier to offer the BlackBerry Torch 9860 and the BlackBerry Bold 9900 smartphone handsets when they go on sale on 1 September.

The telco has announced prices for the devices based on a range of plans. The BlackBerry Torch 9860 will start at $0 upfront on a $49 Optus Cap Plan over 24 months - that’s a minimum total cost $1176, according to Optus. The phone is also available for $0 upfront on a $49 Business Cap Plan over 24 months (minimum total cost $1176) for small and medium business (SMB) customers. The device is just the third BlackBerry to be released without a physical keyboard.

RIM is looking to combat the bring-your-own technology (BYOT) phenomenon affecting enterprises with the new devices. Both smartphones, which are only available through Optus from 1 September 2011, aim to balance work and play including a range of applications and entertainment features.

RIM’s market share was surpassed by Android and iOS earlier this year and it is no secret that handset sales have nosedived. In the first quarter of 2011 RIM controlled 14 per cent of the total smartphone market, down from 19.1 per cent in the same quarter in 2010. On the consumer front, the vendor hopes its Bold devices and full touchscreen Torch models will help it fight back against competitors such as the iPhone and Samsung’s Galaxy S2.

Optus is now taking preorders on the phones. The telco also announced the availability of BlackBerry Curve 3G 9300 to prepaid customers at a cost of $249 on the BlackBerry Turbo Cap, along with a promotion that offers 12 months BlackBerry Messenger (BBM) and web browsing via the BlackBerry browser along and access to social networking apps such as Facebook Chat and Twitter for free.