Despite Dell and Amazon planning to build Australian data centres, Microsoft maintains its business could not sustain the investment right now 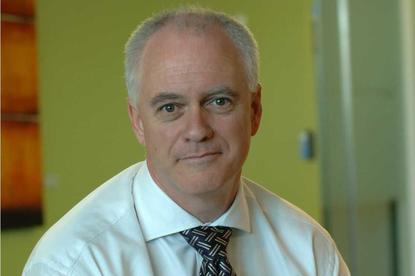 Despite plans flagged by Dell and Amazon to establish Australian data centres, Microsoft has quashed any speculation it will do the same.

At a roundtable held at the company’s annual Tech Ed conference on the Gold Coast, Microsoft Australia chief technology officer, Greg Stone, said building a data centre in Australia would not be economically viable for the company.

“We’re not at the point now where the business can sustain us making a significant investment in Australia to put something like a public Cloud of that nature here because it doesn’t make any economic sense, particularly if we want to deliver it at the price point comparative,” Stone said.

“What we’ve decided to do at this point because of economic drivers is to deliver this externally and then internally foster people like Fujitsu and others to build for this market in their own data centre.”

According to Stone, the company is spending time investigating how it can overcome the physical limitations of delivering out of Singapore and elsewhere.

With no plans to build a data centre in Australia, Stone said the company is also at lengths to change the perception that data cannot be stored offshore.

“We wanted to be sure that customers were making decisions based on a perception of existing laws in Australia or foreign laws and it isn’t quite correct,” Microsoft associate general counsel and director of legal and corporate affairs, Jeff Bullwinkel, said.

“Aussie customers ask very quickly questions around offshoring their data and how it’s not allowed, but actually you are, the laws don’t prevent you from doing it, but the mindset is just not consistent with regulations."

The concerns have been voiced by organisations of all sizes with even large corporates asking the question, Bullwinkel said.

The company is also working on becoming more open and transparent, Stone said, in an attempt to “shake down people’s understanding” of the pros and cons for going with an outsourcer or not.

“We’re talking with regulators and we’re hoping discussions will get them identifying risks because when you talk about the risks of having data in Singapore and you pare it back, it comes down to the governments going to give them stuff that we don’t want them to give," Stone said.

“Therefore we can provide an insight into how things would actually happen and what’s in place to mitigate it and therefore what’s the level of residual risk.

“We work with regulators, law enforcement to get the message out and then we work from the bottom up, helping individual customers understand how to approach it.”