With so many social media pages and services, which deserves the most effort? We look at the pros and cons of each for branding your company 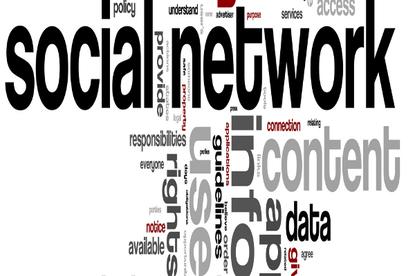 In the past two months alone, Twitter and Google+ have added company pages, following in Facebook's footsteps. The usefulness of each service depends on your company's needs, but to help you prioritize your efforts, here's what each has social network has to offer companies looking to engage with the public.

Twitter announced enhanced company profile pages on Thursday along with a redesign. The changes to users' landing pages would give your profile a branding boost with a large header that can include your logo, slogan, and other graphic elements. The Promoted Tweet feature will bump one of your favorite tweets to the top of your timeline, and the photos and text from that tweet will be auto-expanded.

Most of the people I know use a Twitter client to view Twitter, such as Hootsuite or Seesmic. Most of these users are unlikely to take the time to view a company's branded page on their computer; that's so 2009.

You won't be able to see the new pages live until you're on the newer version of Twitter, though, so for now the photo (at right) of the Twitter Ads profile will have to do. There's no word about when these pages are going to roll out beyond the 21 pilot brands. Twitter states that it will "slowly roll out enhanced profile pages to a wider audience of brands in the coming months," which doesn't exactly herald an imminent arrival to the masses.

If you're cultivating a brand image for a product or company, enhancing your current Twitter page with the new features is a great idea. If you are a small business, this can go to the bottom of your social media "to-do" pile; it's a nice-to-have rather than a must-have. It's more important to engage with your potential clients on Twitter than it is to have a pretty profile page for them.

Boosting Your Business Presence With Google+

Google+ is a nascent social network, but one that has been optimized for business from the beginning. Google+ Company Pages are simple to create and manage. While you can't assume that your business could be ranked more highly in Google based on having a Google+ page, it can't hurt to have a backlink from there to your website.

The promise in Google+ lies in Google's potential to create a good thing. Right now its offerings appear a little thin, but Google is sure to add functionality for e-commerce and other items as time goes on. Its user base hasn't yet approached that of Facebook's, so you can expect more growth to continue in both the user base and available features in 2012.

Google is trying to push the naming convention of putting a + symbol beside a company name, instead of giving companies an easy-to-remember URL for their page to put on their marketing collateral. This may be fine if you could type +CocaCola into Google and get a company's Google+ page, but right now that doesn't happen. In addition, no contests or promotions are allowed on Google+ at this time.

Every small business should take a few hours to create a Google+ page. You can keep it fresh with posts that you can also send out to Facebook and Twitter, and continue to improve it once you've set it up.

Making a Facebook page for your business is easy, yet constantly monitoring it for questions and customer service issues requires more effort. You have to look at who your business is selling to before determining if you need a Facebook presence. If you are primarily a B2B firm, Facebook may not be the place for you, as it's all about interaction with the consumer. LinkedIn is a better spot for those in the B2B market.

Facebook's offering for business is more versatile than the others, allowing companies to deploy custom-designed apps, contests and promotions. You even add e-commerce functionality to your Facebook page.

Facebook Pages require active daily monitoring to interact properly with customers and address their concerns, largely due to the high level of user engagement among some . Your online reputation can become damaged very easily if negative comments go unanswered and timely questions are not resolved. This may apply more as well to Google+ as it grows. With Twitter, by contrast, at least you can downplay other users' negative tweets on your profile page.

In order to get people to "Like" your page, you may have to buy ads on Facebook to let your target market know you're there. In addition, Facebook has a high distraction factor, so that games, other applications, and status updates vying for users' attention all reduce your chances of appearing in feeds.

For those selling to consumers, Facebook has the most mature offering out of the three services for a company page. You can offer contests and promotions, and more importantly, interact with customers are already on Facebook, who may not already be on Google+ or Twitter.

Which One Should You Use?

Realistically, you should have a presence on all three services. If you are a B2B business like an office furniture supplier, replace Facebook with LinkedIn. It's necessary now more than ever to form a proper strategy for your company's social media marketing plan and to prioritize the different services according to what you want to accomplish. Which service works best for you depends entirely on your business--although out of the three, Facebook is the most built-up and offers the largest user base.