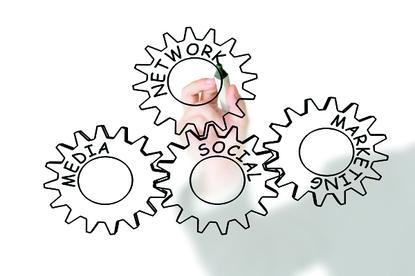 You’ve gotta feel for the CIO who has to write a business case to convince his or her board to spend money on new technologies with names like Yammer, Mr Tweet, Pluck, Chatter or Jive. After all, whimsy is only so cool to the chequesigners in multi-billion dollar corporations who quickly follow their tacit approval of anything leading edge with that old-school refrain of “show me the money”.

Look past the funky names of today’s social networking tools, however, and chances are there will be enough nifty features to justify the investment. For social business is becoming serious business: A way for organisations to collaborate, build brands, manage reputations, influence thinking, service customers and sell products.

Take Joe Robens, the IT Strategy Manager at Aristocrat Technologies Australia and the man charged with bringing social media to its global workforce of 2000.

Aristocrat uses Yammer as its enterprise social media platform, as well as LinkedIn and Twitter for recruitment.

Robens, a change agent, says he is blessed with a CEO who not only endorses social technology, but is also an advocate. “We use Yammer to break down silos, connect to our global community, source information from others, direct traffic to our internal media channels and to share news, commentary and opinion,” says Robens.

“So far the results have been outstanding. About 1300 of our 2000 employees are involved, including all senior managers and our entire C-level. They even compete to see who is the most popular contributor!”

Aristocrat publishes a weekly Yammer digest, so Robens knows the CEO, CFO and other senior people are reading what has gone into the social network. It gives everybody greater visibility into the firm’s conversations and ideas and whatever else is happening at Aristocrat.

Yammer has generated a lot more international conversations within Aristocrat. Specifically, it helps the company crowdsource and collaborate; instead of sending one-to-one emails, employees ask questions of everybody on the network and gain information quickly. Thoughts, ideas and opinions swirl around the organisation like never before.

The Aristocrat communications team posts almost everything to Yammer as a means to help employees — especially new hires — navigate the firm’s information. As people arrive, they use the social network to discover how the firm works and plays. The cornerstone of the Yammer launch at Arsitocrat was to build culture and get people working together and socialising. Robens accepts there are many organisations yet to grasp what social technologies can achieve and he understands their reluctance. But there is nothing like an epiphany to turn an opinion.

“The light bulb moment for me with Yammer was when I set it up for some peers and one invite went outside our group,” Robens says. “We had more than 100 people join the network overnight.

Aristocrat had been measured previously for organisational behaviour and we were found to have an avoidance culture. But all of a sudden the tables were turned. We weren’t avoiding anything by trying a social network where we could all participate.

“People thought Yammer was cool and they wanted to check it out. We now have people contribute to this network whom we would never have heard from before.”

Maintaining community spirit Luke O’Connor has spent his professional life in IT security and risk at IBM Research, Unysis, and most recently a large global insurance firm. O’Connor recounts an internal initiative at the firm to set up a collaboration platform including messaging, file sharing, blogging and communities.

“There was a lot of interest at first, and it was seen as an alternative to the intranet, but interest waned in general,” says O’Connor, an Australian based in Europe.

“People underestimate the time it takes to write useful content on a regular basis, and to scan all blogs and channels that may be of interest. My feeling was that people who posted or commented often were perceived as having too much time on their hands.

“The firm does not really have a culture of sharing and is more driven by a culture of delivery, and delivery people aren’t on blogs — unless they’re writing about a successful delivery. It is not so much that collaboration is not valued; rather, people just don’t or can’t work that way.”

The most useful function, O’Connor says, was the creation communities with shared storage where, for example, all material around a new process or tool could be collected and updated. In the past, such communication would occur via email or the intranet.

“With the community idea the process or tool owner could manage it themselves,” he says. “This was very convenient.

“Most companies will not deny they need some type of presence on these social platforms, as they need to be where their customers are. Tools to generate and sustain business are company and product specific, and also up to the people doing the socialising.”

Tools of the trade

Many Australian organisations are active with social platforms tried and true, old and new.

Xtralis uses LinkedIn, Facebook, Twitter, WordPress and Yammer for internal and external communication. Internally, to collaborate on projects and to harness the knowledge and expertise spread across the 55 countries where it has a presence; externally, to stay in touch with customers.

“Social media saves us from duplicating resources and keeps us lean and mean,” says Xtralis CIO, Simarjit Chhabra. “In the last three years our use of social media has increased by more than 125 per cent.”

The Australian office of KPMG is trialing tibbr from enterprise software veteran TIBCO. KPMG Australia CIO, Chris Robinson, says the firm wants to use social computing to flatten the organisation, make it less hierarchical and retain 21st century employees who expect such tools at work.

“Chatter, Yammer, Jive and the others: They’re all fresh concepts, but I am yet to hear of someone actually securing the funds and then finding it didn’t work,” Jackson says.