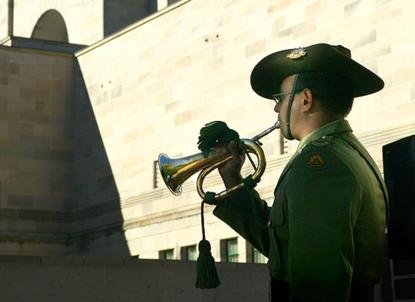 The Australian War Memorial (AWM) has turned to social media in a bid to explain the ANZAC story to younger generations.

AWM Web manager Liz Holcombe told CIO Australia that social media networks such as YouTube, Facebook and Twitter are helping it to communicate the Australian experience of war to young people.

“Our YouTube audience is predominately 35 years and older,” she said. “Other social media networks such as Facebook have a more even spread across the age ranges, with almost a third or our followers aged 24 and under.”

Holcombe said social media is a “great tool” to communicate with younger people who may think they already know the story of Gallipoli, where Australian soldiers fought their Turkish counterparts during WWI, and also give them a fuller view of Australia’s military history.

“Our most popular video on YouTube is one called Anatomy of the Mark IV, which shows conservators working on a British World War I tank. Most views [of this video] are coming from the US and UK,” she said.

However, other footage on the YouTube channel, which ranges from the funeral of famous German WWI fighter pilot the Red Baron, to a recent piece made by the AWM that describes the process of printing from glass plate negatives, ensures a broad range of content for viewers.

Turning to Twitter, the AWM has been on the social media site since January 2009 and gathered 4,405 followers.

Holcombe said it uses the social media site as a marketing and educational tool, as well as showcasing the museum's collection in a different way.

“We take part in a [hashtag gathering] called #collectionfishing, which a lot of cultural institutions are involved in now. We can showcase our collection based around a different theme every week,” she said.

“Our tweets about what happened on this day in history are always popular and allow people to expand their knowledge of Australia’s military history past Gallipoli.”

Not content with using social media, the AWM also engages with patrons through its own website by presenting them with resources they need to access Australian military history research and to start doing their own.

For example, Holcombe said that the family history section of the website is “very popular” with visitors and in the lead up to the centenary of WWI in 2015, more and more people are looking to connect with their family military ancestry.

“On Facebook, we engage directly with our patrons by posting stories from our collection and events from around the Memorial,” she said.

“We are able to get immediate feedback about what type of content that audience is interested in, and we can answer their questions and help them discover their own personal connection to Australia’s military history.”

This feedback has been used in a new feature on the AWM’s website where patrons can add comments to the images in recently opened exhibition <i>Remember me: the lost Diggers of Vignacourt</i>. Visitors to the AWM exhibition in Canberra can also add comments using a touch screen.

In addition to engaging with patrons on social media and its website, the AWM has a monthly e-newsletter which is sent to over 6000 subscribers. The email provides information about up-coming events, including exhibition openings, battlefield tours, talks, tours and other activities.

The AWM implemented a voice over IP (VoIP) system in December 2011. AWM information technology head Daryl Winterbottom said that the roll out was necessary in order to overcome the risks associated with 13-year-old analogue PABX system.

“We were facing lack of support due to the system reaching end of life and failure could have meant that we were completely without voice communications,” he said.

“The number one benefit was overcoming that risk. Moving to a VoIP solution also bought with it other advantages including the administration of the phone solution.”

After going to a competitive tender, the AWM selected an Avaya VoIP system. It was already running the vendor's data networking products so it's IT staff were familiar with the admin tools.

“This helped with the implementation although that was by no means a pre-requisite in our selection of the VoIP solution,” Winterbottom said.

“We also integrated people’s voice messages with the [Microsoft] Outlook email system so if a staff member receives a voice message, it is available on the phone and transferred into their inbox and they are able to play that message however they choose to access it.”

Although not implemented at this stage, there is the potential to hand a call off to a mobile phone connected to the AWM wireless network, eliminating the toll cost for the call.

“This will better address the electronic records keeping requirements that have been put forward by National Archives Australia,” Winterbottom said.