Shifting to a digital culture

Government agencies need to create a culture that not just tolerates digitisation but embraces it, argues Pankaj Chitkara and Varya Davidson 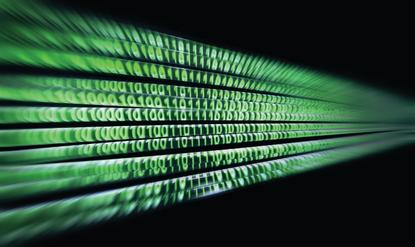 The world is witnessing an accelerated pace in digitisation, driven by the mass adoption of smart and connected ICT by consumers, businesses and governments. In Australia, government agencies are looking for ways to make the most of digitisation to enhance their services, achieve internal efficiencies, and improve the lives and prosperity of citizens.

While there have been pockets of success, few agencies have managed to position themselves to reap the full benefits of digitisation. All too often their efforts are undermined by internal resistance, from employees and stakeholders.

To win in this digital age, it is not sufficient to just adopt digital processes and systems. Digitisation requires everyone within an agency to adopt a new way of working. It requires an agency to develop a culture that not just tolerates digitisation but embraces it.

Even well-designed systems can be undermined if an agency is not prepared to develop and nurture the kind of culture that will make it digitally capable.

Culture is an organisation’s self-sustaining pattern of behaving, feeling, thinking, and believing. It gives an organisation its personality and shapes both its internal processes and the way it is seen by the outside world.

For example, Apple’s corporate culture is one of innovation, simplicity and elegant design. Ikea’s frugal culture is embodied in every aspect of the company’s day-to-day operations, from product development to store design to internal policies. It is instilled in all employees who are recruited and trained by the company.

Today, many government agencies struggle to build and embed the innovative and citizen-focused ways of working that are necessary to succeed in the digital world.

They are faced with internal cultural resistance that has been developed over time, hiding in places where you would least expect to find it.

Indicators of this resistance include attitudes held by different divisions about each other, employees hesitating to adopt and champion new practices, and leader’s wariness about embracing new ideas and innovation.

Government agencies also tend to have highly hierarchical structures. This can lead to slow and inconsistent decision making, fragmented processes and siloed approaches to problem solving, often at the expense of ‘enterprise thinking’.

A report commissioned by the Management Advisory Committee titled ‘Empowering Change: Fostering Innovation in the Australian Public Service’, found further barriers to innovation such as fear of failure, a focus on short-term goals, a lengthy history of failed innovations and lack of proper structures to incentivise, measure and report innovation.

Changing culture takes a very long time. It is not something that changes with a memo from managers trying to convince people of the merits of digitisation.

It is only possible to orient behaviours towards a digital culture once we know what distinguishes an analog environment from a digital. The following diagram shows the key features of analog versus digital culture.

The process of evolving to a digital culture is incremental and creative. There are five broad principles for organisational change, which are:

Many government agencies are developing their digitisation strategy but few are considering culture as an input into their strategy development. A digital strategy’s effectiveness depends not only on understanding the digital customer experience but also on knowing the internal cultural strengths, resistance and the behavioural gaps that need to be addressed within the agency.

Peter Drucker’s famous quote “culture eats strategy for breakfast” isn’t declaring that strategy does not matter, but rather that the particular strategy an organisation employs will only be successfully executed if it is supported by appropriate cultural attributes.

2. Focus on a few critical shifts in behaviour

Changing culture within the public sector is not easy; it takes time. Many organisations make the mistake of believing that culture can be changed wholesale and aim to change many behaviours at once.

The key to success is to focus on three or four practical daily behaviours that will gear the organisation towards a digitally-oriented culture. One way to do this is to observe the behaviour prevalent within the agency now, and imagine what the culture would look like in the future. For example, consider how employees would respond to customers through social media platforms?

Or how employees would propose new ideas internally? When answering these questions, it often helps to conduct a series of “safe space” discussions with people at different levels throughout the agency to learn about what behaviours are most affected by the current culture—both positively and negatively.

3. Honour the strengths of the existing culture

There is no such thing as all good or all bad culture. An organisation’s culture is a product of good intentions that evolved in unexpected ways. It will have many strengths. These might include a deep commitment to customer service or a predisposition towards digital technologies. Agencies should acknowledge the existing culture’s assets to make the change towards digital capabilities feel more like a shared evolution rather than a top down imposition.

The next step focuses on integrating formal approaches—like new policies, metrics, and incentives—with informal interactions. One of the more informal elements is behavioural modeling by senior leaders.

Steve Ballmer, CEO of Microsoft says: “Everything I do is a reinforcement, or not, of what we want to have happen culturally…You cannot delegate culture”.

Leaders should support the adoption of digital culture not merely through commands but through actions. In day-to-day terms, this means setting up a series of new policies that will validate the new culture without abandoning the old.

Lastly, it is essential to measure and monitor digital cultural progress at each stage of the effort, just as an organisation would with any other business initiative.

Rigorous measurement will allow leaders to identify backsliding, correct course where needed, and demonstrate tangible evidence of improvement—which can help to maintain positive momentum over the long haul.

To fully embrace the digitisation path, agencies need to adopt a new way of working. In short, they need to consider culture as part of their digitisation strategy.

They should look to understand their existing culture, both its strengths and its limitations, target and integrate cultural interventions and measure and monitor the evolutions. The urgency to adapt to the digital experience that citizens are demanding is real.

By understanding the process of digitisation and the important role that culture plays in determining its success, agencies can transform themselves to succeed in the digital world.

Pankaj Chitkara is a Management Consultant with Booz & Company in Canberra.

Julian Ballard and Aron Downey also contributed to this article.