Financing out of the cloud 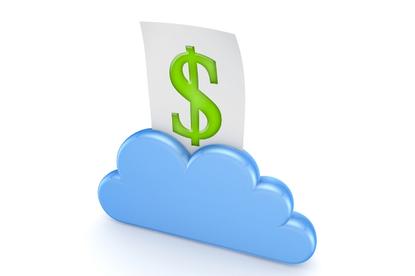 Despite the widespread take-up of cloud-based systems in sales and HR, finance has been slower to make the change. But as the market has matured, and concerns around security and privacy have been allayed, adoption of cloud-based financial systems is starting to rise, particularly among smaller and mid-size companies.

Given many big corporations have spent years investing heavily in centralising and standardising their finance systems, often as part of an ERP initiative, making a complete switch from on-premise to cloud is unviable. Instead, a hybrid approach is proving a popular way of accessing new capabilities for other divisions or specific tasks, while keeping the holistic management platform intact.

At the same time, the impetus for a finance shake-up is increasingly driven by factors outside the department’s four walls, such as demand for accounting visibility across the organisation, and the changing relationship between IT and finance. Other motivators include improving cashflow management and streamlining processes – all of course, in the name of cost cutting and efficiency.

One such example can be found at engineering, operations and maintenance firm Transfield Services, which recently secured the contract to build the National Broadband Network (NBN) in Sydney. The company is in the midst of rolling out a hybrid model SAP ERP platform to replace disparate systems and processes with a single global platform. Dubbed Project Quantum, the rollout is being undertaken in parallel with a payroll system implementation.

Undertaken partly as a cost-cutting measure, the project will see IT and shared services, including accounts payable, accounts receivable and payroll, outsourced to India. Down the track, there may be more opportunities to offshore other corporate support services if regulatory requirements can be met.

Having been completed in the US, Project Quantum is being implemented in stages across Australia and New Zealand and is due for completion in the second quarter of 2014. Transfield CIO, Stephen Phillips, says business benefits are already emerging in the United States.

“We are able to implement new contracts, or make changes to existing contracts, in less than 50 per cent of time it took before, which has a real impact on cost,” he comments.

“Because we are able to invoice quicker than we have to pay contractors, we are seeing real cashflow benefits. It has also prevented revenue leakage, and led to a reduction in the number of manual checks from up to 10 per cent to less than 1 per cent.

“We have earlier visibility and more detailed insight at the commercial management level, and are able to see early indicators that something is off track, which we can remedy before there is a financial impact.”

In addition, the move away from fragmented systems and processes has led to a reduction in roles, especially in finance, HR and front-end processing support, generating further cost savings. Phillips says the company chose SAP because of the software giant’s direct and ongoing investment into its HR module. “It makes sense for our business to align with where they’ll be investing in the future.”

While the balance of the system is run by SAP’s on-premise suite, the human resources management tool is delivered via the cloud. Transfield Services received the Cloud Vision award from Success Factors for its on-time and on-budget implementation.

As to why the company didn’t embrace the cloud for the whole system, Phillips points out many large organisations are still using on-premises systems. “Also, the full SAP suite we’re deploying is not available in the cloud environment; it is available for mid-size organisations but not large ones,” he explains.

“Over time I would expect cloud-based versions will become available and we will upgrade too.”

Like Transfield Services, the University of NSW (UNSW) retains a premises-based finance system. Its finance division is in the process of modernising systems to improve management reporting, simplify accounting systems and build a new, more streamlined process of procuring goods and services. It claims much of the innovation is actually being driven from outside the finance department.

“We use PeopleSoft for general ledger and accounts, which was installed in 2000 and was most recently upgraded 18 months ago, and Calumo for management reporting,” explains director of finance, Stephen Rees.

“Many parts of the university are already using cloud-based applications, and while finance is not currently using cloud systems at all, it is something we may look at in the future as we continue to seek efficiencies in our business.

According to Gartner’s 2012 IT Market Clock for Financial Management Applications, financial management applications are at different stages of their market lifecycles, and CIOs and CFOs need to base strategies for their finance systems on how different market segments evolve.

The research points to convergence and mutual reinforcement of four interdependent trends: Social interaction, mobility, cloud, and information on moving cloud solutions forward in their market lifecycle. This is also driving the creation of new mobile applications for the domain of finance.

Cloud-based systems are particularly relevant to the next generation of ecommerce-based businesses and in the face of globalisation, says Mark Troselj, NetSuite MD and vice-president of Asia Pacific.

“It is incredibly important to us as an economy that we can transact globally, manage multiple subsidiaries, cost centres, currencies and languages in real time, in a single system, and get one accurate version of the truth,” he says.

A case in point is software developer Atlassian, which implemented NetSuite’s OneWorld after experiencing rapid growth and outgrowing its small business accounting software. Its previous platform was unable to keep up with the need to consolidate financials for seven subsidiaries, or handle currency conversions at the pace required without manual intervention.

“In the past, the Internet was about looking into products or services that a company might offer, but the next big thing will be the ability to enable ecommerce interactions across multiple channels – the so called omni-economy,” Troselj adds.

Cloud-based financial management systems facilitate this changing relationship by seamlessly extending the financial management platform through to customers and partners, with information about available credit, appealing payment terms and special offers that might benefit both businesses.

Another part of the attraction of cloud-based systems is that users want the most current version, but don’t want to invest a significant proportion of their revenue in maintaining or upgrading their systems.

“In the meantime, PeopleSoft has required a major investment over a number of years and there would need to be a major impetus for change for us to move away from it.”

Much of the financial innovation at UNSW is actually being driven by faculties and departments, Rees says. To recognise this shift, the university is embedding additional finance managers within different sections of the university to improve financial outcomes.

“The university is on a financial roadmap, requiring rigorous management. The finance managers will help us customise our services to get the best from [different parts of UNSW], for the areas within which they operate,” Rees says.

As the need for more rigorous financial management filtered through the university, the appetite for financial information has grown substantially, director for decision support and financial planning at UNSW, Julian Manche, says.

“Expectations from different areas have changed; people are accepting much more financial responsibility,” he says. “The management reporting system is becoming increasingly important throughout the university, and the number of users has doubled in the past two years to nearly 400.”

Everything hangs off IT, he adds, which has led to a real transformation. “IT now works closely with businesses to understand their priorities and to align IT with those and the university’s overarching strategy.”

According to Rees, this also reflects a broader change in the relationship between finance and IT. “IT is now so much more fundamental to the way the university is operated and managed,” he says.

“There has been a real change in mindset, with people taking their financial management responsibilities seriously. In response, we need to ensure information is made as democratically available as possible.”

CIO and knowledge director of law firm Sparke Helmore, Peter Campbell, says that while the relationship between IT and finance has become much more collaborative in recent years, innovation in the legal sector is about extending the functionality of existing financial systems.

A law firm refers to a financial management system as a practice management system, he explains. These move beyond general ledger, financial reporting, accounts receivable and accounts payable capabilities and are designed to help legal and professional services firms with people management, utilisation, hourly rates and fee agreements.

The platform also stores and tracks information on a matter by matter, or project by project, basis, which is then used as the source of information to propagate to other systems such as document management, workflow systems, reports for clients and document generation.

Their specific nature means there aren’t many vendors in the marketplace that provide practice management systems, Campbell says.

Examples cited by Campbell include capturing more information about the matters Sparke Helmore runs to report to its clients, matter and client profitability analysis, reporting on and managing estimates for matters, providing information and tracking to support the use of standard project management methods to manage the cost, scope and timeline of complex matters, and capacity planning.

A changing relationship between finance and IT is also resulting in better outcomes for the rest of the firm. “Finance has become more savvy with technology as they have realised they can do so much more with it,” Campbell says. “This has made them more sympathetic towards the business cases around projects that involve technology.

“On a business level we are speaking a more common language. As we have increasingly crossed over in our responsibilities, such as in the area of reporting, we are pooling resources more than we would have 10 years ago. This leads to better outcomes and less cost.”

The Sparke Helmore finance team has a high degree of ownership of the finance systems. “They still come to us when they have to do upgrades – however, they are totally switched on to how their systems are configured, and what they are trying to do with them,” Campbell says. “We truly work together leveraging each other’s strengths.”

Collaboration on new initiatives has also become more prevalent. One of the current projects is mapping out processes followed by Sparke Helmore to take on a new client or matter. The aim is to speed up the process, reduce cost and cut out unnecessary steps.

“We have to balance this with important compliance steps like conflict checking and contract management,” Campbell says.

“Together we consider the business process from all angles. Clearly with multiple perspectives looking at the same problem, we will end up with a better result.”