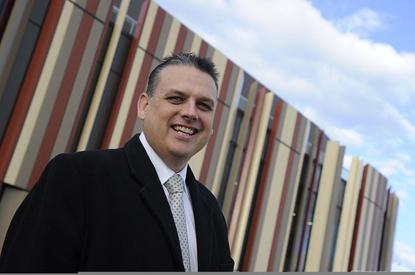 According to his LinkedIn profile, he will be joining Intersect Australia in mid-May as COO after a vacation.

Bailey also tweeted that he was "delighted to announce sign on as COO for @IntersectAust to focus on researchers, innovation and technology execution."

Bailey had been at the University since October 2009. Prior to the CIO role, he worked as a CTO for Australian firm Objective Corporation.

During his time at the University, Bailey made inroads into reducing ICT costs while updating the technology experience for students and staff.

In May 2011, most of its student computer labs were virtualized as part of a ploy to better utilise licensed software both on premise at the university and remotely.

The ‘iLab’ project allows students to use the VMware View client applications on Windows, Mac and Linux PCs to access software usually confined to the computer labs at the institution.

In March 2013, Bailey told CIO Australia that he rolled out an open source customer relationship management (CRM), SugarCRM, as part of a $2 million four year contract.

His preference for open source and cloud-based systems was due to reducing complexity and costs. “We don’t necessarily want to own any hardware or maintain software if we can help it,” Bailey said at the time.

A Macquarie University spokesman told CIO Australia that the reasons for a staff member leaving the University is a "private matter" between itself and the employee and it would make no public comment.

"The University will be filling the position, and the search process is underway," said the spokesman.