Only 3 per cent of IT infrastucture delivered by a cloud service provider, says Ovum 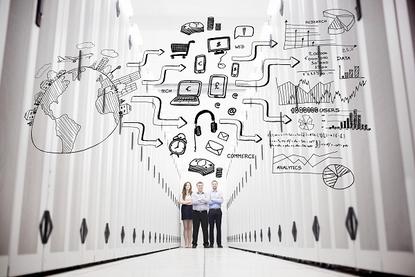 Some Australian CIOs are more comfortable with keeping IT services in-house rather than using third-party cloud providers, according to an Ovum survey.

The analyst firm polled 65 CIOs about their sourcing of 50 IT infrastructure, such as data centres, during SE-Corp's CIO Strategy Summit in Melbourne in February. The survey found that 76 per cent of these IT services were delivered by infrastructure on the company's premises, which is expected to decline to 62 per cent over the next three years.

Despite the hype, only 3 per cent of IT infrastructure is delivered by a cloud service provider. This is expected to rise to 12 per cent over the next few years, Ovum said.

Outsourced arrangements accounted for 13 per cent of IT activities - rising to 16 per cent during the next few years - while shared services arrangements made up 8 per cent.

However, the 65 CIOs surveyed expected cloud services to become a “significant element” of IT sourcing, rising to 12 per cent by 2017.

“Internal shared services are a niche sourcing approach, adoption of which is projected to remain at current levels,” Hodgkinson said in a statement.

“Outsourcing adoption is rising, but not rapidly. Overall outsourcing currently accounts for 13 per cent of IT activities, and this is expected to rise to 16 per cent within the next few years.”

This was in contrast to Ovum’s CIO survey results conducted in 2013 – also with 65 Australian CIOs - which found that 74 per cent of IT activities were in-sourced. CIOs projected that 10 per cent of these services would be in the cloud by 2017.

However, the 2014 survey found that some cloud services categories were gaining adoption. For example, software-as-a-service (SaaS) customer relationship management (CRM) has been implemented by 23 per cent of the CIOs surveyed.

“There is still plenty of scope for broadening the use of cloud services within a wider range of data centre, network, applications, information management and end-user services activities,” he said.

In addition, the 65 CIOs were asked about trends such as big data. Thirty seven per cent of those surveyed said that big data was a “low or below-average” priority.

“These results suggest that big data is perceived as being at an early stage of maturity, technology-driven and over hyped," said Hodgkinson.