Why IT needs to take social seriously. Plus, five corporate campaigns that failed spectacularly. 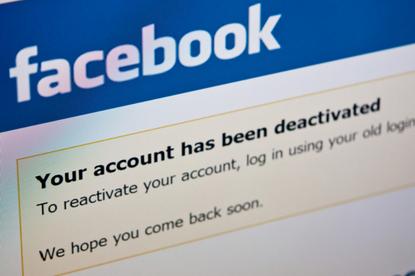 We’ve all heard the stories: An employee calls in sick, doesn’t go to work and then posts photos on their Facebook page or another social media site while at the cricket.

Or worse, a disgruntled staff member makes a threat on social media towards a fellow employee who was following him or her on a social network. The staffer turns up to work the next day and is sacked by his or her employer.

These are common examples of how individuals can end up in strife by knowingly doing the wrong thing on social networks.

But what happens when a corporate social media campaign fails? When the powers that be in your firm make a big social media boo-boo?

In many cases, brands are severely damaged and it’s not only the marketing department that’s responsible. IT also needs to shoulder some of the blame.

But it’s the IT group that is responsible for ensuring the organisation’s social media platforms work and are monitored and integrated with ‘what’s going on in the organisation', Yates said at the Perth CIO Summit this month.

“Not so much because you are directly involved in decision making [on social media strategy], but you will be involved in the process, and when things go wrong, you’re going to be involved in trying to solve [problems],” he says.

Yates says companies can also be liable when for misleading or defamatory content on social networks so they must have risk mitigation strategies in place.

“Cases are developing where judges are trying to work out when an organisation is responsible for defamatory content on a social media page” says Yates.

“Cases have got to this point: If it’s there and it’s there for a reasonable period of time and you fail to take it down, you could be liable for the defamatory and misleading publication. That’s been led by a New Zealand decision.

In April this year, the New York Police Department (NYPD) turned to Twitter to gain support from the public, asking New Yorkers to post photos of themselves with the city’s police officers.

However, things turned bad when people starting posting images of heavy-handed police in the city using the hashtag #myNYPD, which not surprisingly, trended very well on Twitter. It’s a campaign the city’s police force will surely want to forget.

In 2009, fast food chain Burger King created a Facebook app called ‘Whopper Sacrifice.’ Patrons who downloaded the app would receive a free Whopper burger for every 10 people they defriended or ‘sacrificed’ on Facebook.

Around 234,000 people were defriended during the campaign, which meant that the burger giant was required to give away almost 24,000 Whopper burgers to patrons.

“The worst thing for Burger King – it had the responsibility of telling the 10 friends that they had been defriended because of the Burger King [campaign],” says Yates. “That was a bad outcome for Burger King’s brand. They cancelled that very quickly.”

In early 2012, McDonald's also took to Twitter, inviting people to share stories about its food using the hashtag #mcdstories. The problem was that people did actually share some rather negative, even nasty stories about the company’s food.

To rectify the issue, McDonald's created the website, Our Food Your Questions, which enabled it to better control its message.

But earlier this week, the company was accused of scaring its customers. The image of character named ‘Happy’, used to promote children’s meals, is inducing fear among patrons who have taken to Twitter to pour scorn on the company.

Big supermarket chain Woolworths was its own worst enemy when, in January 2012, it encouraged Facebook users to finish this sentence: “This weekend, I can’t wait to…”

The ‘fresh food people’ received some rather amusing yet undesired responses.

Notable posts included: “This weekend I can’t wait to 'go to Woolworths and get priced gouged on 'fresh food'" or “go to my local farmers [sic] market and make sure none of my $$ [sic] go to the Big Two.”

2. It’s not so luxurious when you’re stranded

Qantas was left red-faced in November 2011 when its Twitter campaign invited users to describe their “dream luxury in-flight” experience – using the #QantasLuxury hashtag – for the chance to win a pair of Qantas first-class pyjamas and a toiletries kit.

It was poorly timed. Qantas had grounded its fleet a few weeks earlier, which angered customers who had been left stranded by the airline.

1. Sexism on a stick

The company posted a strange, some would argue sexist image of a woman reaching over the back of her couch.

The campaign asked Facebook users to share their thoughts on what explanation should be given to the image.

Not surprisingly, this campaign damaged the brand. ChapStick quickly apologised for using the image.

Unfortunately, a new Facebook page was created called Butt seriously, Chapstick, which has damaged the brand even further, allowing this sexist image to live on.

These are all big fails, but which organisation succeeded spectacularly in its social media campaign?

In 2010, Ford created a Facebook page to promote its new Ford Explorer motor vehicle. To build anticipation, Ford launched the vehicle at a “virtual motor show”.

It was a brilliant idea that received one million views on YouTube. Ford held the number one trending position on Twitter for the duration of its launch day, and was the number two trending topic on Google.

Around 15,000 Ford Explorers were sold even before the vehicle landed in dealerships.