University of Queensland to migrate 80 server rooms to two facilities 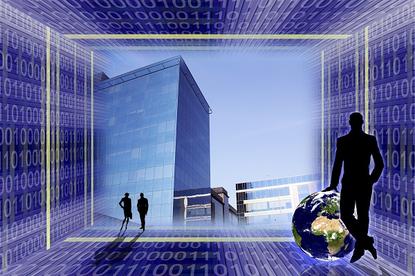 The University of Queensland (UQ) is planning to migrate 80 server rooms to two large server rooms over the next four years to reduce costs.

“It’s very expensive for us to have all of those [server] rooms and also very risky. They are not monitored properly so our intention is to get all of those assets into a safely managed environment while still allowing those organisational units to operate independently,” he said.

The reason UQ has so many server rooms is that it does not operate a single IT group. According to Duncan, several IT groups exist at the different facilities and institutes. UQ is one of the largest universities in Australia with 48,716 students spread across four campuses, eight institutes and 47 sites in Queensland.

“Quite often, they [IT groups] will build their own little data and server room. We have about 80 small data rooms and at the central group we have seven bigger [data] rooms that we manage. Even across those seven rooms we can’t aggregate all of the different organisations into better space because we don’t have the power or capacity to do all of that,” Duncan said.

The server room project follows a cloud research project called QRIScloud, which was completed in December 2013. This is the primary Queensland node of the Research Data Storage Infrastructure (RDSI) project and the national research cloud provided by the National eResearch Collaboration Tools and Resources (NeCTAR) virtual machines project.

UQ has increased its research income to $100 million over the last five years and needed to use a cloud node to deploy IT research infrastructure including High Performance Computing (HPC).

The QRIScloud is hosted in Dell's data centre in Brisbane, Queensland.

According to Duncan, other universities such as Queensland University of Technology (QUT) and Griffith University have also migrated infrastructure into the QRIScloud.

“On a number of levels, such as students, we compete. But when it comes to core infrastructure, it doesn’t make sense [to compete],” he said.

“I have been having chats with people at QUT and Griffith University about operational requirements within our universities that are research and student related.”

Duncan said UQ may look to share some IT infrastructure with QUT and Griffith University in the data centre, meaning all three universities save costs.

Sixty per cent of UQ’s corporate IT infrastructure is virtualized. For example, in 2013 the UQ Central IT group purchased 10 physical servers and provisioned 200 virtual servers.

According to Duncan, he would love to get the university’s infrastructure 100 per cent virtualized.

“As far as corporate IT, it will be very difficult to make a case for not having all of those core applications virtualized.”