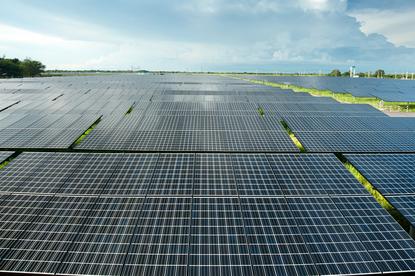 The CRC for Low Carbon Living Vision and Pathways 2040 Project held a workshop this week to discuss how Sydney and Melbourne can be transformed through green, smart technologies, and create a vision for what the cities will look like in 2040.

Here are some ICT-enabled projects that were highlighted at the workshop.

The CRC wants the majority of households using onsite storage of solar energy and smart analytical tools that suggest to people when they should offset demand.

The idea is to put the energy collected through a solar panel into a battery (storage), which is placed on the household’s land, so that it can be used when there’s peak demand.

“For example, at my house I’m paying 52 cents per kilowatt per hour during peak time. Because it is generally at 8 cents a kilowatt per hour [during non-peak time], it is better to put it in the battery," said Professor Deo Prasad, CEO of CRC for Low Carbon Living.

"At peak time, you start using your appliances from the battery and [eliminate the need] to use it at 52 cents,” said Prasad.

At a precinct level, more advanced data modelling and predictive analytics can be used to reduce overall peak demand for energy.

“Also, at the time of planning or design, you can better estimate what energy or carbon impacts there are. Using scenario analysis on a particular type of [urban] development, you can get an answer for how much the carbon impact will be.

“Then you look at changing a whole lot of things – what happens if I laid out the precinct differently? You keep doing these ‘what if’ scenarios until you get the best outcome,” Prasad said.

“For example, there are 'zero carbon' developments. What we are doing is saying ‘here's the data and tools that allow you to estimate that in a scientifically rigorous way’.”

The idea of laying roads that absorb solar energy has been around for many years but the CRC is looking to make it a reality in Australia as part of its vision for 2040. A solar road takes in sunlight and it converts it into energy that can be used to potentially power high-speed Wi-Fi networks and households.

Solar roads can be more resilient than current tar roads that are prone to caving in and causing potholes, said Professor Chris Ryan, director of the Victorian Eco-innovation Lab (VEIL).

“As you start to get lighter and lighter electric vehicles and more bicycles, the structural requirements for roads get much easier. So you have roads being built into tiles, with solar collectors below them that produce electricity, running along a pipe,” he says.

At the workshop, a team proposed a solar road that is a hybrid of biological and technological systems, comprising several layers. The first layer would comprise of living plant cells that are photosynthetic, highly robust, and “self-healing”.

The last layer would be a calcium or bone-like structure that provides resilience for the entire system. It would also filter storm water the same way a tree root feeds on nutrients and sustains itself.

While solar roads provide many benefits in creating a green, smart city, there are some challenges and concerns. Roy Spencer, climatologist and former NASA scientist, is one who pointed out some of these challenges in a blog post yesterday.

“You can’t point the roadway to track the sun to improve energy generation efficiency, which is only about 15 per cent for photovoltaics, which makes PV (photovoltaics) generation expensive on a large scale,” he wrote.

“Why embed solar panels in such a harsh environment where they are constantly being run over and flexed by millions of tons of vehicles? There are many more practical locations to use such as roofs.

“How do you keep the solar collectors clean – as millions of tires scrub over them and engines drip oil on them – so that sunlight can get collected by the embedded PV surfaces?" he asked.

One of the biggest carbon polluters in a city is the huge volumes of petrol-consuming vehicles on the roads, said VEIL's Ryan. The CRC’s vision for 2040 includes the uptake of small electric vehicles and light rail.

Designing the city in a way that encourages people to travel communally in shared electric cars or public transport as opposed to driving their own cars individually is one way to go about this.

For example, a new Sydney light rail is set to be built that will run from Central to Circular Quay along George Street, west to Pyrmont and Dulwich Hill, and south east through Surry Hills to Moore Park, Randwick and Kingsford.

The CRC sees more projects like this taking place where main streets are occupied mostly by pedestrians, with high-frequent light rails or shared electric cars.

For long distance travel, the CRC sees the uptake of high-speed rail in the future. Around December 2013, opposition Minister for Infrastructure and Transport, Anthony Albanese, introduced a bill to push for high-speed rail in Australia. In 2011, the government released a feasibility study for building a high-speed rail between Brisbane, Sydney and Melbourne.

Ryan expressed annoyance at the current government’s lack of interest in high-speed rail.

“Frankly, we have a government where the Prime Minister talks about the infrastructure of the future as roads. All the jobs, the PM says, are going to come from building roads.

“It’s as if, with the current government, we are turning our back on the way the rest of the world is going. It’s just going back into old thinking, because it’s too difficult to do new thinking,” he said.

About two years ago, the former Labor government invested $100 million over seven years – which the current Coalition government will honour – for the CRC to develop its research and implement the technologies.

The CRC has a goal to enable a 10 mega-tonne CO2 reduction from the built environment sector per year by 2019.