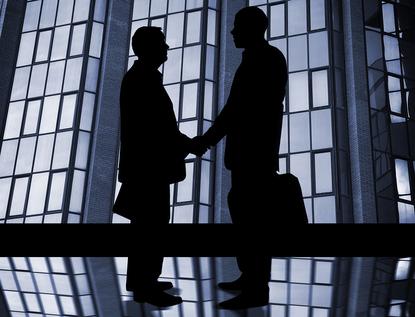 At Apple in the late 1990s, shortly after the triumphant return of Steve Jobs, marketer Liz Allen worked on the team that built Apple's prolific website. They designed a simple, elegant digital storefront, which, eventually, would lead to Apple fanatics tapping the "buy" button in droves.

The marketers completed the site's revolutionary design and sent it to programmers with a single order: Make it all work. The programmers couldn't push back on functionality, couldn't request buttons be moved elsewhere, couldn't make changes to the navigational layout, and especially couldn't prolong the project -- lest the wrath of Jobs rain down upon them. In Apple's world, the CMO trumps the CIO.

"The Apple experience was ahead of its time in many ways," says Allen, who left Apple after four years to take on marketing stints at Lucas Arts, Gap, Cost Plus World Market, a few startups, and is currently CMO at home-decor superstore At Home.

You can see the volatile relationship between the CMO and CIO evolving over the years through Allen's eyes. In a sense, she has come full circle: from Apple, where CMOs were worshipped and CIOs despised, to the many bitter CIO and CMO fiefdoms battling over technology budgets and power, to today when the CIO-CMO power struggle has reached a zenith and the CMO is the favored one.

With social networks and mobile gadgets becoming customer touch points, the CMO is closer to the revenue pipeline than ever, which should tell you why the CMO is so important. A digital customer has emerged, one that can be profiled and whose buying habits predicted. Today, digital marketing efforts can be measured and tied closely to sales. It's a complete turnaround from marketing's traditional "black art" past.

When the CMO, who exploits digital channels and connects with the customer, is supported by the CIO, who gathers and analyzes customer data, great things can happen.

At Cost Plus World Market, for instance, Allen was part of the marketing team that launched the World Market Explorer rewards program, which lets members earn rewards and save money on purchases. At the time, the company was struggling to survive. The loyalty program quickly delivered fantastic results.

Related: CMO-CIO relationship is improving, but there's a way to go
CIO should be a CMO's best friend, says Sephora marketing chief
Customer focus can unify IT and marketing departments

"It is sort of credited with saving the company," Allen says. "We had, I think, six million users in a year-and-a-half. It was responsible for about 60 percent of our sales. The cool thing about that is you know a lot about that customer. At the end of the day, we could send out emails that hone in on content that makes them really relevant, whether geographic or based on attribute or desire."

For most companies, the CIO and CMO don't see eye to eye. Bickering and internal politicking ensues. Silos are erected. Communication between the departments breaks down. At Gap, for instance, Allen didn't even know the CIO's name. At Lucas Arts, she had to seek out the CIO and ask for his participation and approval to get a visual database so marketers could access images such as Darth Maul. It took a while, she says.

CMOs and CIOs Don't Know They Need Each Other

"There are massive opportunities for collaboration, but we don't really see that happening," Donovan Neale-May, founder and executive director at the CMO Council, told a roomful of CIOs at the CIO Perspectives event in San Francisco last week.

Neale-May is quick to point out that marketing is wrought with inefficiencies that CIOs can help solve. Marketers lack accountability, have poor visibility and must manage globally distributed teams, he says. They face a huge problem in their digital marketing makeover. Neale-May says some CMOs are trying to acquire digital and analytical skills in their marketing department by recruiting from the IT department.

In other words, marketing needs IT just as much as IT needs marketing, says Allen. She doesn't advocate for marketing to take a leadership role over IT, instead she firmly believes in close collaboration between the CMO and CIO. But Allen also acknowledges the challenges in collaboration: marketers tend to be more vocal, while IT is more reserved. Marketers like to run with a nugget of an idea and then brainstorm, while IT wants fully baked ideas. Marketers want things right now, while IT serves many internal customers.

"The perception that IT is slow-and-no is true in a lot of places, but I absolutely have empathy when they are bogged down just getting the MacGyver-ed infrastructure in place," says Allen, whose father was a mainframe programmer. "But sometimes you just have to make things happen."

The ability to make things happen -- in marketing's case, sales from the digital customer -- really means IT must do marketing's bidding. No longer can IT throw up barriers. Truth is, IT has always been seen as a cost-center, whereas marketing sits in the money-making driver's seat. At Apple, there was no in-fighting, and the results clearly speak for themselves.

"If you're at odds, fighting, and have different objectives, then your competition is going to win," Allen says. "You need to be fighting outside these walls."