How Claure can fix Sprint as it battles T-Mobile

New CEO must lower prices for Sprint products and services, offer guarantees and be the company's frontman, analysts say 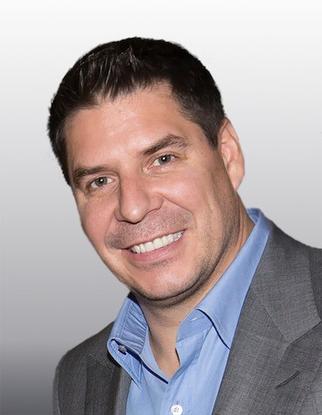 Analysts offer new Sprint CEO Marcelo Claure advice on how to turn the company around.

What can incoming Sprint CEO Marcelo Claure do to reverse the carrier's declining subscriber base?

Sprint today is perilously close to dropping into fourth place in subscriber numbers behind T-Mobile after years in third position. That dramatic possibility turns T-Mobile into Sprint's prime competitor.

Chief among those will be finding ways to quickly add more subscribers and retain them, which would likely lead to revenue growth again after five years of losses.

Sprint lost 220,000 subscribers, both pre-paid and post-paid, in the last quarter, and now accounts for 16% of all U.S. wireless subscribers, just barely ahead of T-Mobile's 15% share, according to Chetam Sharma Consulting. T-Mobile has been adding subscribers.

AT&T and Verizon Wireless each are tied atop the list with each accounting for 34% of U.S. wireless subscribers.

Three analysts shared with Computerworld their thoughts on what Claure must do -- right away -- to avoid falling to fourth place in that critical subscriber metric.

The suggestions, described below, include the need to quickly drop Sprint's prices for services, as well as revamp its overall pricing structure. Other suggestions include offering guarantees of wireless connections backed by refunds if service fails. Another suggestion: beef up Sprint's efforts to attract small- and mid-sized business customers.

All three analysts suggested Claure needs to be more out-front -- even controversial -- than his down-to-earth predecessor Dan Hesse. That's especially important given how outspoken and irreverent T-Mobile CEO John Legere has been in successfully espousing his company's new pricing and no contract schemes.

If T-Mobile is really about to become Sprint's main competitor, then Claure needs to acknowledge it, analysts added.

Multiple problems are cited for Sprint's downward slide in recent quarters, analysts said, noting that the problems have come amid reports that Sprint and Softbank were looking to buy T-Mobile. Now that that merger quest is apparently on near-permanent hold, Sprint must focus on its own future.

"Sprint needs to stop the bleeding. Growth comes after that," said Carrie MacGillivray, an analyst at IDC.

While analysts agreed that Sprint must lower prices, they have to figure out how much and in what manner.

Sprint's Framily plan, which has been advertised heavily in a series of recent wacky TV ads, doesn't work out to be less costly than T-Mobile, based on different comparisons, analysts said.

What's more, Framily may be too complex for consumers to understand, MacGillivray suggested.

"Forget about Framily--it's a complicated concept," MacGillivray said. "The market has gone back to the meat and potatoes of mobile services." Sprint must focus on plans that are "easy, affordable and marketed provocatively."

Instead of Framily, Sprint needs to at least match T-Mobile prices and certainly come in at $5 to $10 less per month on average for both voice and data than both AT&T and Verizon, said Roger Entner, an analyst at Recon Analytics.

"Sprint has to become the value leader in the U.S. That's the sweet spot," Entner said in an interview.

Bill Menezes, an analyst at Gartner, agreed. "Price-cutting will get attention and grab customers."

Menezes suggested a range of innovative offers, including changing the structure of how voice and data services are charged.

One possibility: pay-as-you-go pricing for voice and data, similar to how some carriers market pre-paid pricing, he said. That approach means a customer's data allotment or voice minutes never expire at the end of the month.

Another structural change Menezes suggested is to have more flexible data plans. If a customer buys 3 GB per month for $15 and uses up the entire amount, then the customer should be able to add 1GB for $5 -- one third the original amount and cost -- instead of having to buy another 3GB for $15.

MacGillivray said Sprint's key differentiator for years has been to offer "unlimited data." The company now must heavily market the concept and show what a user can do with so much data, including with streaming video services. "What about a Sprint partnership with Netflix, Pandora or HBO Go?" MacGillivray added.

Menezes also suggests that Sprint set up guarantees of LTE network availability, with refunds to users if the pledge isn't met.

For example, if a customer couldn't reach the LTE network from a smartphone or tablet in a given month above a pre-determined percentage (perhaps 99% of the time), then the customer would get a credit, perhaps 10%, on the next month's bill. "It would be controversial, but different," Menezes said.

Such guarantees, also called Service Level Agreements, have been used in network contracts with businesses, but typically not with consumers. To be able to offer something like an SLA to customers, Sprint will need to bolster its expanding network.

Claure must improve the Sprint network

Wherever possible, especially in areas surrounding major cities into the suburbs, Sprint must provide 4G LTE service connections and speeds, and then highlight significant gaps in T-Mobile service that can drop to 3G and even 2G speeds, Menezes said.

"Sprint has to finish its LTE rollout and make it bigger than T-Mobile," he said.

Further down the line, Sprint has to take advantage of its rich spectrum holdings to expand its coverage, Entner said.

"Sprint has the best spectrum position of all the national carriers, with more than two times the amount that T-Mobile or Verizon or AT&T have," he said. "Claure's sitting pretty on spectrum."

That doesn't mean Sprint and T-Mobile both can't benefit from purchasing low frequency spectrum in the coming spectrum auction at the Federal Communications Commission, he added.

"Even with the best range of spectrum, Sprint is a laggard on network speeds," Entner said. "Claure has to differentiate on data download speeds. He has to bring the Sprint assets to bear and become the leader in mobile data."

A recent RootMetrics study of wireless network performance for speed and reliability of connections in 125 U.S. cities in the first six months of 2014 put Sprint last, behind even T-Mobile. Sprint didn't receive a first place finish in any of the 125 cities studied, while Verizon was first or tied for first in 115 cities.

Meanwhile, T-Mobile tied for first in 22 of the 125 cities with either Verizon or AT&T or both.

Bolstering the Sprint network beyond its current LTE upgrades will be costly, but it's something the carrier must do, analysts said. Sprint's transition to LTE was too slow, perhaps because it invested so much time and money into what MacGillivray called the "misstep" of WiMax.

Network upgrades will be important to Sprint's consumer and business customers, and MacGillivray noted that the carrier could also find advantages by adding services for small- and mid-size businesses. Such services could include innovative offerings for managing costs, devices and users.

Sprint's marketing and persona must be improved

In recent months, T-Mobile CEO Legere has come across as a bull in a china shop, with brash, even obscene comments at news conferences and in tweets. He described T-Mobile as the "un-carrier" that will do away with many traditional contracts and offer lower costs.

By contrast, Hesse has been seen as almost humble, pursuing a quiet strategy of increasing Sprint's cash holdings and managing its combination with SoftBank.

"Sprint needs a strong leader who can position the Sprint workforce with a mentality that they are in the game to win share, exceed customer expectations and do things a little differently," MacGillivray said.

Even though SoftBank purchased a majority of Sprint more than a year ago, Sprint hasn't adopted SoftBank's "market disruptor mentality," she said. While SoftBank describes itself as a "'mobile Internet company,' why doesn't Sprint do the same and leverage some of the assets and experience from SoftBank's success in Japan?"

Just as T-Mobile re-invented itself once Legere took the reins, "Sprint needs to become more nimble," MacGillivray added. "Sprint could reinvent service plans and distribution strategies -- Claure's forte -- to appeal to their somewhat unique subscriber base."

Much of Sprint's improvement would come via a major marketing push led by a more forceful CEO -- Claure, the three analysts agreed. They termed Sprint's marketing efforts in the past 18 months as "lackluster," and even "silly."

For example, analysts said the Sprint Framily plan TV ads seem to target young customers and mimic T-Mobile's aggressive courting of a younger clientele, but the effort has largely failed. And it makes Sprint look bad, they added.

"The Framily marketing seems to be done by an old person for a young person audience," Menezes said. "Sprint needs to revamp marketing, which SoftBank has done well in Japan. Price-cutting will get attention and grab customers."

"Customers wonder, 'Am I getting a good value or am I going to get trapped with Sprint?'" he said. "And it's more important because Sprint might drop to fourth place after being in third place for so long."

Claure clearly has imagination and, based on his experience at Brightstar, can be aggressive in identifying gaps in what the market offers and what he can best leverage for a bigger success, Menezes said.

"He's an entrepreneur, which is what they need now," Menezes said. "He can take out-of-box thinking and knows how to turn that into reality. Hesse was a steady hand, but didn't have that quality."

The analysts also said that Claure can be a forceful front man for Sprint without stooping to the antics of Legere.

"Claure can be upfront, but in a much more cultured manner," Menezes said. "Maybe Claure can be forceful or even emotional -- he's Latin after all -- without coming out looking like a caricature."

Even so, the way Legere has performed in public press conferences and in seemingly endless taunting tweets haven't hurt T-Mobile, something that should be informative to Claure and his marketing team. "Legere is starting to get into clown territory now, but that hasn't hurt him," Menezes said.

Entner added: "Legere gets a lot of free advertising out of his gimmicks, but if he didn't have a network to back up his words and offers that were differentiated, then he would be a clown. When his company is able to back up his words, then he becomes very interesting."

In a sense, both Claure and SoftBank founder Masayoshi Son together can push Sprint forward as much as Legere has done for T-Mobile. "Both Son and Claure are upstarts and self-made billionaires, so they are kindred spirits, which helps Sprint," Entner said.

It also helps that both Son and Claure are familiar with networks that share similar technology traits. "When Son took over Vodafone, he was in the same position that Sprint is now," Entner said.

Why things should work out for Sprint

While Sprint's second quarter subscriber loss looks bad next to T-Mobile's gains, all three analysts are optimistic about Sprint's potential, though they agree that much of its future will depend on Claure, for sure.

"Where Sprint is now and where it needs to be are in Claure's hands," Menezes said. "Sprint already has a deep-pockets partner in SoftBank. Sprint also has a significantly updated network and a huge holding of spectrum that's conducive to broadband, mobile and fixed data. So why is Sprint running off the road into a ditch? Conceptually, it's fairly easy to fix."

The very first thing Claure needs to do is to draw attention to Sprint to dim the spotlight on T-Mobile, Menezes said.

"T-Mobile doesn't have more than Sprint -- the reach of T-Mobile's network isn't any greater. Sprint hasn't done its best with its quick update to LTE, while T-Mobile has gotten the attention and has had key marketing arguments with Legere to earn the trust of the customer."

Matt Hamblen covers mobile and wireless, smartphones and other handhelds, and wireless networking for Computerworld. Follow Matt on Twitter at @matthamblen or subscribe to Matt's RSS feed. His email address is mhamblen@computerworld.com.