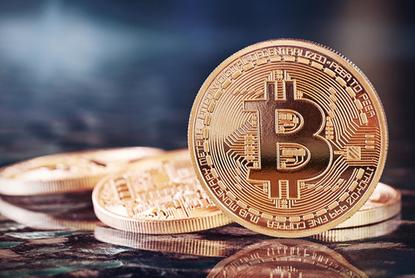 Bitcoin advocates have spoken out against a ruling by Australian Tax Office that may force businesses to pay double the amount of GST for sales of products and services using Australian Bitcoin exchanges.

According to ATO’s ruling, "They [businesses] must also charge GST when they supply bitcoin and may be subject to GST when receiving bitcoin in return for goods and services."

Businesses will also need to record the value of bitcoin transactions as a part of their ordinary income, the ATO said.

Instead, the ATO sees Bitcoin as an asset where the supply of bitcoins attracts GST the same way any other supply of asset by a business would.

The Bitcoin Association Australia released a position paper in May this year that lists the many issues to GST if Bitcoin is not considered as money, including the significant compliance burden for taxpayers and administrative burden for the ATO.

“Let’s assume that you’ve got a retailer who is selling an appliance for $100 dollars including $10 of GST. The customer elects to pay the bitcoin, and the retailer is liable for $10 on that sale of the appliance in the same way it always would have been," said Matthew Cridland, tax lawyer at DLA Piper.

"Post sale, the retailer may decide they don’t have any need for the bitcoins and sell them to a local exchange and convert them back into Australian dollars.

This “double dipping” of tax would result in businesses dealing with offshore exchanges, which would put the Australian Bitcoin market at a disadvantage, said Bitcoin advocate Craig Wright, who is president of the Centre for Strategic Cyberspace and Security Science.

“That puts Australian companies at a disadvantage, and not just nationally but also internationally. We are actually forcing business to go to the Americans, the Brits, the Singaporeans, rather than Australians. So what ATO has said is ‘this is OK, as long as foreigners do it’.”

Wright also challenged the definition of money under the GST Act, which states in section 195-1 that money includes “…whatever is supplied as payment by way of credit card or debit card, crediting or debiting an account, creation or transfer of a debt”.

Bitcoin advocate and senior developer at Atlassian, Chris Mountford, said that not only would Bitcoin businesses be incentivised to go offshore but also Australia would lose jobs.

“While it's welcome to have guidance from the ATO which clearly recognises Bitcoin as a significant and relevant financial technology, their current position is not beneficial to Australia. It is a shame that Aussies building [financial technology] startups will be more inclined to relocate to London, Singapore or the Isle of Man where the regulations are more supportive and better informed by an understanding of the technology,” he said.

“The impact of the double GST is that it will magnify the cost of partial Bitcoin adoption. And it creates some unfortunate loopholes for any transactions that can be said to be international.”

However, Cridland took a different view on the ATO’s double GST ruling, saying that “from a legal point of view, it’s probably fair to say there are good arguments that it’s right because strictly speaking there are two separate transactions”.

“The reason the foreign currency exemption provisions don’t apply is that the regulations referred to the conversion of Australian currency or currency of another country, and bitcoins aren’t issued by any country,” he said.

Cridland said there may be some lobbying against Treasury and the Federal Government to change its views on Bitcoin and to accept and treat it as a form of money or real currency.

“Prior to the ATO putting out its view, there was little to no incentive for the government to look at amending GST and other tax laws to expressly deal with bitcoins. The government, generally speaking, will only look at amending legislation if there’s a problem with the legislation. So the ATO’s view highlights that there may be issues or policy considerations that need to be looked at,” said Cridland.

“The fact that the ATO has put out its view isn’t the end of the story. The ATO’s view is not law; it’s merely the ATO’s view on the law. So tax payers are free to adopt a different view and opinion and they are also free to challenge the ATO’s view,” he said.

Wright added: “It would be nice if we had a tax office that actually tried to support new industries. At the moment what they are doing is driving all of these things overseas. Our whole tax regime is punishing startups because they don’t understand them, which is really turning us into a banana republic again."