A snapshot of how the CIO role is continuing to evolve 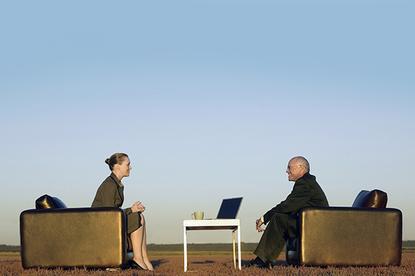 CIOs no longer sit outside the business, and they know it. They are recognising the need to work closely with other c-level executives and are doing everything it takes to align themselves with business outcomes and priorities.

This was a key finding in CIO’s 2014 State of the CIO survey. Respondents acknowledge that they need to engage other executives more effectively by simplifying technology, and create quick business and customer wins if they are to elevate IT’s relationship with the rest of the organisation.

As it stands, 59 per cent of survey respondents have mutually shared, measurable goals with other c-level executives determined by the CEO or head of the company. Of these, 55 per cent share goals with the CFO, and 39 per cent with the COO.

Notably, 63 per cent said identifying new ways IT can better support business and marketing objectives was a critical or high priority.

CIOs are also using several techniques to enhance relationships with their executive-level peers. The most common are frequently communicating aspects of the IT strategy, projects and financials to their peers; attending each other’s meetings, and seeking their guidance in key initiatives or strategies.

When it comes to elevating the IT function’s relationship with the business, top of the list was engaging business stakeholders more effectively. This was followed by simplifying and standardising technology, as well as creating quick wins for business partners.

Still, CIOs and IT teams acknowledge they need to do more to integrate staff between IT and lines of business, work more collaboratively, and provide better results for departments. For example, when asked about the most sought-after skills in IT, functional expertise led the list at 57 per cent, followed by collaboration and influence at 42 per cent. 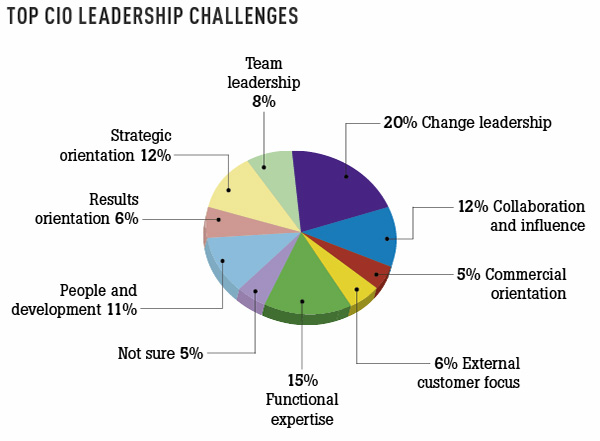 Simon Reiter, business engagement manager, technology services at Court Services Victoria, says IT is increasingly being viewed by line-of-business executives as a strategic partner and enabler.

“Within Courts Victoria, our IT objectives are closely matched to the organisation’s strategic plans and we have the governance and processes in place to ensure these are validated,” he says. “We have a steering committee made up of both IT and business managers to ensure these are all validated to achieve real business outcomes.”

Joe Perricone, CIO at managed print company, Forum Group, points out operational activities do sometimes outweigh some of the strategic objectives of an organisation. But being trusted by other c-level to pursue a strategy is key.

“It’s a matter of keeping that conversation going. The key is maintaining that trust in relation to the conversation with the board if there is a change in direction,” he comments.

“There’s an enormous amount of management required [when there are] transformation issues within the organisation. So the conversation has to be fairly active.”

“As a retailer, external customers are an important focus for all our executive team, and the increasing penetration of technology into all areas has led to wider business metrics becoming important than the financial metrics of the past,” he says. “Key measures include the Net Promoter Score and measuring our omni-channel capabilities against competitors.”

What your business thinks of you

“The end goal for most IT departments would be to be viewed as a business partner (or enabler), although sometimes the cost of becoming dynamic will exceed the perceived benefits to the business,” he says.

“This is especially true as the IT industry changes and cloud becomes more apparent and IT services can be enabled and disabled as easily as turning a tap on and off.”

The IT organisation needs to be able to support this new demand and act as a responsive service provider with the ability to manage multiple contracts and multiple vendors in a more ‘consumerised’ environment, says Reiter.

He adds the percentage that view IT as a service provider will continue to increase, but agrees the end goal has to be for business leaders to view IT as a strategic business partner.

Perricone believes the reliability of IT has never been better and says it’s easy to sell IT at the moment. What’s more difficult to sell is IT’s ability to generate improvements in business processes, he says.

“Is IT doing that? Probably not as much as it should,” he admits.

Almost half (42 per cent) had an excellent relationship with the CFO or top finance executive, 35 per cent said it was good, and 15 per cent said fair.

When it comes to salaries, 49 per cent of respondents were earning $100,001 and $200,000 annually (including base salary, bonuses and stock options), similar to the 52 per cent who fell into this bracket in 2013. This indicates that salaries have remained steady for many CIOs during the past 12 months. 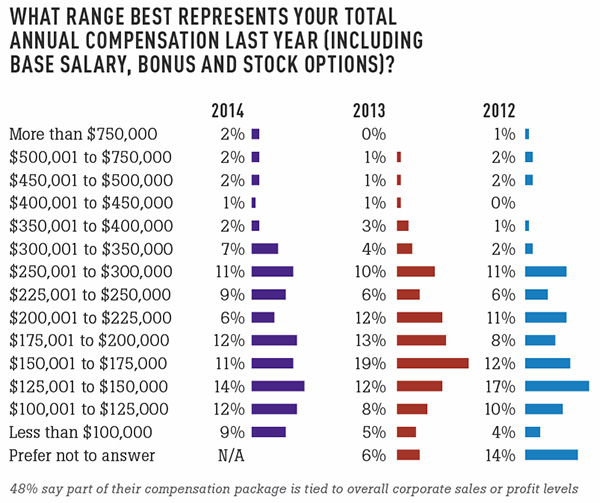 For more on CIO’s 2014 State of the CIO survey, pick up the latest issue of CIO Australia.