Adelaide taps Internet of Things with launch of innovation hub 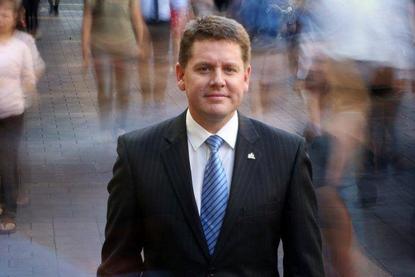 The mayor of Adelaide has predicted that the Internet of Things will bring “huge efficiencies” to Australia’s fifth largest city.

“Not only does the government save money but we actually create a more productive city,” Lord Mayor Stephen Yarwood said at the launch of a new Internet of Things Innovation Hub in Adelaide.

The IoT hub is the result of a memorandum of understanding between Cisco, the city of Adelaide and the state of South Australia.

The city and state government will create a physical space for entrepreneurs and startups to collaborate, develop and test applications for new methods of smart communication between devices.

Cisco will provide network infrastructure and advice for testing and production of electronic products and applications to develop Adelaide into a smart city. The launch of the hub follows a rollout of a public Wi-Fi network in the city provided by iiNet.

Yarwood said one application of the IoT for Adelaide could be demand-based pricing for public car parks. This data could possibly link in to public transportation, allowing the city to determine the most efficient way to move Adelaide residents through the city, he said.

“A more sexy example is augmented reality,” the mayor said.

Adelaide could create apps to allow people to hold up a smartphone in specific parts of the city to see heritage buildings that used to stand there, or to help people navigate through the city, he said.

“You can even have an old mayor from previous times physically standing in three dimensions pointing the way to whatever infrastructure you might want – augmented reality to show where the nearest public toilets are or where the city library is.”

There are many more possibilities, and the IoT hub is meant to create an environment to foster new ideas, Yarwood said.

“Most of the really exciting applications are not only yet to be invented but to a certain extent are almost yet to be imagined.”

Gail Gago, the SA science and information economy minister, stressed the importance of IoT for the state’s residents.

“The Internet of Things will enable devices to speak to devices to create a whole new way of living and doing things that is smarter, faster [and] cleaner. It opens up a whole wealth of opportunity and possibility.”

Adelaide-based entrepreneur Rhys Moult said that the hub will be important for spurring innovation.

“I meet businesses every single day that have ideas that will blow you away. The problem is they don’t have enough access to people that are going to help them,” he said.

The IoT hub will give “people that have great ideas access to be able to make them real”.

Yarwood said he views Austin, Texas as a model for Adelaide. Like Adelaide, Austin is far from the biggest city in its country, but it has become a destination for tech entrepreneurs because it offers a great lifestyle, he said.

“Graduates stay there and start their small businesses, which then grow into things like a little company called Dell or Texas Instruments.”

Yarwood said he hopes that embracing the IoT will similarly make Adelaide a technology hub.

“No city in Australia has claimed the mantle of being a Silicon city, and I’m determined not only to make Adelaide a new economy, but I want to make this new Adelaide.”

“This is a profoundly important part of creating an entrepreneurial ecosystem that’s going to redefine the South Australian economy and make Adelaide an international brand of excellence.”

Canberra has also made moves toward becoming a digital city. The capital of Australia is rolling out a public Wi-Fi network and has stated plans to explore smart parking, lighting and waste management.