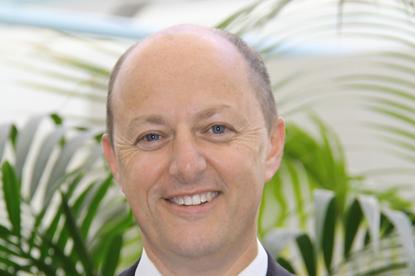 The bank caters to the education community in Australia. Its customers include teachers and university lecturers.

Speaking at the Dell Australia and New Zealand user forum in Sydney this week, Chapman said engagement and the personal touch are important for Teachers Mutual Bank as it is up against the big four of National Australia Bank (NAB), Commonwealth Bank of Australia (CBA), ANZ Banking Group and Westpac.

“That’s a hard ask because they have a lot of money to throw at stuff,” said Chapman, a former Westpac executive. “However, we are much more agile and want to take advantage of that.”

Chapman told media the bank’s relationship with Dell around driving mobility started a year ago because it needed new end-user computing devices.

“Our [business] model is mobile working. We don’t have a lot of branches compared to your average mutual bank,” he said. “Most of our people are out on the road at teacher days, open university days and principal days. They need to go into the learning environment with a solid, reliable device so that they can make a presentation to the teacher.”

After going to market, the bank chose Dell’s XPS 12 ultrabooks. According to Chapman, the screen resolution, battery life and ability for staff to clearly read the screen outside were the deciding factors.

“We wanted to give staff out on the road talking to schools the tools to bring up a customer’s account while they are sitting in front of them,” he said.

“If the staff member sits there with a notepad - as they used to do years ago - it’s pretty boring and unengaging. If they sit there with a tablet and show the customer what they’ve looked at on our website, it’s much more engaging.”

Chapman was also asked his thoughts on Dell becoming an end-to-end solution provider. He responded that he had experienced issues when dealing with multiple vendors.

"It is a complete pain, takes forever and service level agreements [SLAs] blow out,” he said. “If I can phone one vendor and they can cover hardware, software and networking, I’d buy in 100 per cent.”

The vendor has offered to come in, take the specification being done for the penetration testing and do pen testing for the bank, free of charge.