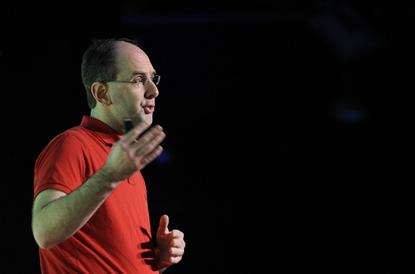 Microsoft has announced that its Azure cloud services are now available from two data centres in Australia.

Speaking at TechEd Australia in Sydney, Microsoft's executive vice president for cloud and enterprise, Scott Guthrie, told delegates that they can access Azure from facilities in New South Wales and Victoria.

“It enables customers to use both infrastructure-as-a-service [IaaS] and platform-as-a-service [PaaS] capabilities Each of our data centre buildings is roughly one rugby pitch in size. There is enough space to hold about 600,000 servers,” he said.

According to Guthrie, offering a local service will lower latency rates and address data sovereignty concerns for Microsoft’s Australian customers.

One Australian company using the Azure cloud is Carsales.com.au.

“Not many people are buying boats during the morning so Carsales are able to power their service using five servers within Azure. As the day progresses, and the load increases, they can scale up to 90 servers,” said Guthrie.

Microsoft now has a total of 19 Azure geographies around the world.