ATO to save $4M in IT contractor overhaul 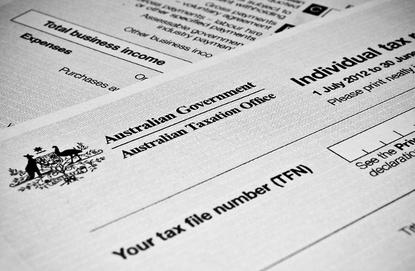 The Australian Taxation Office (ATO) is building a new IT contractor panel designed to slash red tape and save the agency up to $4 million annually by improving processes and cutting supplier costs.

In a request for tender (RFT) issued Friday, the ATO said it intends to build a panel consisting of five tier 1 large IT service providers and a number of tier 2 specialist companies to address niche skill requirements.

The ATO runs the largest IT branch in the public service with a tech workforce of 2,000 staff and 200 contractors. It has an annual IT budget of around $800 million. The agency spends up to $45 million annually on tech contractors.

The Tax Office's CIO, Bill Gibson, said the new model had been developed by cherry-picking what the agency believes are the best aspects of government and private sector IT procurement arrangements.

“The first of its kind in the APS [Australian Public Service], this panel will allow the ATO to create a better process for attracting and engaging suitably skilled and experienced IT contractors quickly and cost-effectively.

“It will increase transparency, accountability and allow room for innovation over the long-term,” Gibson said.

A vendor management system will underpin the panel, assisting the ATO to procure and management contractors, cut down administration, and improve compliance and cost management.

The RFT follows consultation with industry following the ATO’s release in May of a request for information (RFI). The RFI invited suppliers to propose models to improve the procurement, engagement, and management of IT contractors.

At the time, the ATO described its IT contractor recruitment methods were inefficient, costly and unnecessarily complex.

“Industry involvement in this process was critical because the new model needed to be effective for both the ATO and stakeholders,” said Gibson.

“It was clear that there was a strong desire for a new model that encapsulated best practice features of private sector procurement processes while meeting contemporary government procurement standards.”

The new panel is expected to commence in mid-2015.