How to use a crisis to move towards digital government

Agencies continue to view IT as a cost centre 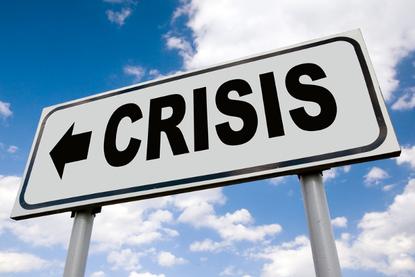 Despite often making statements to the contrary, many governments continue to view IT as a cost centre. Publicly they profess the view that IT provides enormous opportunities for efficiencies and saving as well as delivering better services to citizens.

Yet, in times of crisis, technology budgets are often one of the first things cut, with IT still expected to meet its service commitments with reduced finances. However, there may be a way for government CIOs to leverage a crisis to reposition IT as a key enabler rather than just a drain on the budget.

Over the last decade, many OECD countries have issued policy statements to deliver most, if not all, government services digitally. While this might be the objective, the reality is that constant budget cuts actually undermine IT’s ability to deliver digital government.

This was particularly evident during the global financial crisis (GFC), with governments the only industry segment tracked by Gartner to decrease IT spending.

Gartner’s IT Key Metrics Data for 2014 shows that, on average, IT represented 9.1 per cent of federal or national operational expenses and just 3.8 per cent of state and local governments. While IT expenditure may be significant in absolute terms, it is less significant when compared with other operational costs.

It is interesting to note that commercial organisations that have a greater level of IT investment relative to operational expense than their peers, typically view IT as a strategic enabler that provides better business performance, greater productivity levels and competitive advantage.

Government CIOs have, however, found it increasingly difficult to convince those in power that IT investment is important to the overall business. This is in stark contrast to private enterprises which is aggressively pursuing digital business strategies to transform their product offerings and improve customer engagement.

German physicist and philosopher, Albert Einstein, once said that crisis is the best blessing that can happen to people and countries because it brings progress.

Gartner defines ‘a crisis’ as an unanticipated and severely negative event that impacts on an agency’s strategy, operations or mission. A crisis can affect multiple agencies and may arise from a political, business, international or societal source.

Organisations facing a crisis are often more willing to try radical solutions. This presents the smart CIO with a way to capitalise on the opportunities that a crisis presents.

IT leaders are very familiar with planning for a crisis. These plans are typically focused on how to support the organisation in an emergency, how to maintain operations when IT services are disrupted and how quickly IT systems can be returned to normal.

Developing plans to leverage the opportunity provided by a crisis is different. It’s about being prepared to change rather than to return to the way things were.

It pitches IT’s ideas for delivering the best outcome for the agency in the long term. This could involve using game theory, scenario planning, or Gartner’s ‘civic moments’ concept to quickly address digital government opportunities.

Any plan will need to include a compelling argument of how technology is a key source of efficiency, innovation, and productivity that underpins new business models. It should also clearly state how IT could be ruthlessly applied to obtain the required benefits.

Ideally, structure the plan as a short executive summary in a format and language appropriate for the executive team or CEO. During a crisis, the organisation’s leadership may have little time to assess or understand complex or detailed proposals.

For example, prior to taking office in 2010, British Conservative Party member, Francis Maude, outlined a plan for the UK to respond to the GFC that saw ICT as a key enabler of new services. These services were built by an in-house development team and at a low cost.

Maude convinced the government to divert resources from other areas to establish a new online platform – gov.uk – to provide simpler, clearer, faster access to government services and information.

This new approach enabled the government to explicitly choose not to pursue the common efficiency dividend model to achieve savings. Maude referred to this as the ‘low road of salami slicing.’

Central to the success of Maude’s plan was the rapid deployment of new applications and the wholesale adoption of an agile development methodology.

Perhaps more important was choosing to redesign government services from a citizen rather than a bureaucratic perspective. This decision drove user interface design, architecture, legacy system consideration, and even access and identity issues.

Refine and promote the plan

Once you have put your proposal forward, use the time it takes to make a decision to refine the plan around the specific nature of the crisis together with the actual response required.

Specifically, research what practices and technologies might best be deployed to respond. Don’t limit yourself to existing technologies or practices used within your agency. Critically examine new practices, innovative approaches, sourcing options and platforms that can be used to respond to the crisis.

For example, the UK’s GDS investigated agile, cloud and open source technologies, as well as issues around existing contracts and sourcing arrangements during its digital transformation initiative.

More importantly, make sure you’re prepared to adopt these the moment approval is given to proceed. This is the time to consider any skills shortages and how gaps can be addressed.

Ideally, the CIO needs to be ready to present this plan to the executive before other options are even under consideration. A fast response will enhance credibility and improve the chances of the executive accepting the proposal.

Once the decision has been made to proceed, it is imperative that you move quickly to establish a strong, small, central governance body with explicit authority to make decisions and demand compliance from others.

In the context of a crisis - and a plan that will likely require significant changes to business models, systems, policies, organisational structures and relationships with other parties, - it will be critical to ensure authority is put in place to effect change.

It’s also important to create a compelling vision explaining why change is needed and what benefits it will deliver, and to promote this aggressively.

Just as Einstein stated, a crisis gives IT leaders the opportunity to question past practices, review existing policy and reconsider organisational responsibilities. This is especially true wherever we find unnecessary complexity in service design.

Smart CIOs use the opportunity to redesign the service for the consumer.

Wherever possible, look for opportunities to decommission legacy systems. This is the time to convince the business that you can no longer afford to maintain those older systems. You might consider re-hosting the data or service on a new platform such as cloud, making the back-end service and/or data available through an API.

Citizens are not interested in government business processes or the specific responsibilities of individual agencies. They care only about their own needs.

Design services around them, and hide any internal or bureaucratic complexities, no matter how important you or those agencies might think their relative roles and responsibilities might be.

Finally, it’s important that IT leaders have a good understanding of the current and emerging technology landscape. Look beyond your agency. Being prepared and able to leverage emerging technologies can make the difference when radical innovation is deemed appropriate.

Amongst the many roles the CIO has, none can be more important at a time of crisis than being the thought leader on innovation and technology’s potential to assist in meeting the challenge that the organisation faces.