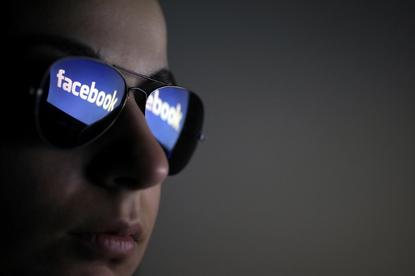 Facebook received 650 requests from the Australian government for user data in the first half of 2014, up slightly from the 640 requests made in the last six months of 2013.

In its third Government Requests report – released overnight – Facebook received almost 35,000 requests for user data from governments worldwide from January to June 2014. This was up by 24 per cent from the 28,000 requests made in the previous half year.

There were 15,433 requests in total from the United States government from 23,667 users. Facebook said 7676 requests were for search warrants and 6,088 for subpoenas.

The Indian government also made 4,559 requests for data from 5,958 users. Facebook restricted access to 4,960 pieces of content reported by the country’s law enforcement officials, and the India Computer Emergency Response Team under local law prohibiting criticism of a religion or the state.

The UK government made 2,110 requests for data from 2,619 users. Facebook restricted access to 9 pieces of content in the UK in response to a small number of court injunctions.

Facebook's general counsel, Chris Sonderby, said on Tuesday that Facebook scrutinised every government request it received for legal sufficiency and under its terms and the strict letter of law. He said the company pushes back hard when it finds deficiencies or is served with overly broad requests.

Over the past 12 months, Facebook has challenged bulk search warrants issued by a court in New York, which demanded it provide all data from the accounts of almost 400 people. The company is appealing to a higher court to invalidate these warrants and force the US government to return data it has seized.

“This unprecedented request was by far the largest we have ever received. We’ve argued that these overly broad warrants violate the privacy rights of the people on Facebook and ignore constitutional safeguards against unreasonable searches and seizures,” he said.

Still, Sonderby said that Facebook continues to work with industry and civil society partners to push governments for additional transparency and to reform surveillance practices necessary to rebuild people’s trust in the Internet.

Meanwhile, Yahoo received 375 requests for data from the Australian government during the first six months of this year. Dropbox received 268 requests from governments for user information in the first half of 2014, representing a tiny sliver of its 300 million users.

Telstra received a whopping 85,000 requests from government agencies for customer information in the 12 months to June 30, 2014.