Do you need an MBA?

“For a CIO with a technical background, it is a must," says Griffith Hack's CIO, Andrew Mitchell 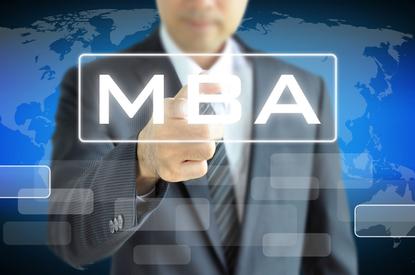 Many CIOs don’t have an MBA. Maybe they don’t think they need one. So what is the attraction for those who have lost sleep and precious family time earning a master of business administration (MBA) qualification?

For some IT leaders with highly technical backgrounds and minimal business experience, an MBA may be an important step towards gaining a better understanding of the mechanics of their organisations.

Others may simply use an MBA to stand out from the crowd when competing with hundreds, possibly thousands, of candidates for that highly paid, plum CIO role.

Paul Munslow, IT program manager at Tennis Australia is an aspiring CIO who is studying for an MBA at Melbourne’s Chifley Business School. He has worked in IT for more than 15 years in the public and private sectors and has been a program manager for the last nine years.

“I very much aspire to become an IT leader,” says Munslow. “I’ve had some great mentors who are very successful.”

Munslow says the changing nature of an industry where IT people need to understand business, and feeling unfulfilled academically because he didn’t have an undergraduate degree prompted him to pursue an MBA.

“It is no longer satisfactory to understand IT only, and to gain respect and have a ‘seat at the table’, business skills are required,” he says.

“My recipe for respect and success is to become knowledgeable in IT and business, and I see an MBA as a vehicle for achieving this. The modern CIO needs to have many skills in the arsenal. It is my hope that an MBA will give me a competitive advantage in the future.”

Munslow says he is sacrificing social and sporting activities “to get this sucker complete” in August 2015, when he says he will re-introduce himself to his family – including two young children – as well as his friends.

Paul Keen, GM, IT at retailer, Dick Smith, says he was told MBA stood for “marriage breakup assured.” He says although it’s not that extreme, an MBA requires commitment and understanding from the entire family.

“There’s many weekends and public holidays I lost to my study,” he says. “One thing I did learn though was that procrastination on assignments doesn’t get any better with age.”

Keen completed his MBA at Macquarie University’s Graduate School of Management in 2012.

He started studying for the qualification in his mid-20s when he was got a “breakthrough role” and realised that the next 10 years would be a critical period for his career which would determine how far he could rise up the corporate ladder.

“I felt that an MBA would help to round out my technical skills,” he says. “While I can't directly attribute all of my career progression to my MBA (my university may beg to differ) there’s little doubt it has helped greatly.

“It’s not necessarily what you learn but the confidence you can have in other business fields, you know that you can hold your own in the boardroom.”

Keen says he hasn’t had one discussion with any executive about his MBA, although he’s sure it helped him stand out from the 250-odd applicants that applied for his current role.

CIOs need to be multi-lingual, the need to speak effectively to both technical teams and the larger business and an MBA helps to achieve this, says Keen.

“It gives you the skills to talk about NPV (net present value) with the CFO, contract law with legal counsel and I’m still working with the HR director on the emotional intelligence part,” says Keen.

Consultant and former Servcorp head of business technology, Syed Ahmed, earned his MBA at the University of New South Wales’ Australian Graduate School of Management in 2011.

“I reached an inflection point in my career where I needed to decide whether I should focus on professional or managerial skills. These aren’t mutually exclusive, but to really excel, you have to focus more on one set.

“I was fortunate that I was able to speak to at least a couple of dozen c-level executives about career paths, and there was a consensus that an MBA was a good investment in myself.”

Ahmed feels that CIOs who have grown up through the technology ranks benefit immensely from gaining exposure to other disciplines such as accounting, finance, marketing, economics, strategy, and operations.

“Could this be achieved through pure work experience across multiple domains or self-study? Sure, but it would take a long time. An MBA provides a structured mechanism to get this knowledge in a relatively short time from experienced practitioners and instructors,” he says.

Gaining an MBA also gave Andrew Mitchell, CIO at law firm, Griffith Hack a better understanding of the needs and wants of other c-level executives such as the CEO, CFO and CMO.

“Whenever I start a new job, these are the first people I reach out to so I understand their expectations and outcomes they expect from me,” he says.

Mitchell believes modern IT leaders don’t necessarily need an MBA but it helps if there’s a skills gap.

“For a CIO with a technical background then I think it is a must. But for those with a commercial/business slant, it’s just a bonus,” he says.

However, Bridget Gray, Australian managing director at Harvey Nash, says the recruiter works with “fast-growth digital businesses” where possessing an MBA has a marginal effect on the selection of a CIO.

“In a day and age that operates in such an agile, customer-centric and flexible manner, business leaders are often more interested in how CIOs can spot opportunity and adapt quickly to market conditions.

“They are also interested in CIOs demonstrating their ability to deal with an ambiguous business landscape as opposed to purely focus on their formal educational achievements,” Gray says.

Regardless, Gray agrees that an MBA is a valuable qualification, and upskilling or fine-tuning of general management skills is critical to the success of the future CIO.

“However, it is important to consider that one of the standout benefits at one time was the business networks that would result as an outcome of this investment. This still holds true, but I do believe that this can now be achieved in other ways too.

“So if building business networks is the primary objective, I think it is important to weigh up if gaining an MBA is the most appropriate and effective course of action,” Gray says.