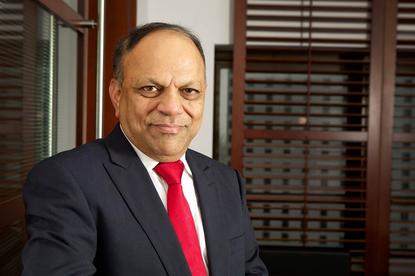 St George Bank, viewed as the 'innovation hub' of Westpac, has adopted a 'mobile only' strategy, according to CIO Dhiren Kulkarni.

This is a step beyond "mobile first,' which "assumes there is going to be something second," Kulkarni told CIO Australia

Mobile design encourages development of simple, streamlined and easy-to-navigate interfaces that work well on the go, he said. These are attributes that St George wants to deliver regardless of platform, he said. “We liked the concept of mobile only for that reason.”

Customers can still access St George on a notebook or desktop PC. “We’re not saying, desktop people go away,” but rather mobile only is a “mindset” to make the experience look and feel the same way on any platform, he said.

It’s not sustainable from a technology perspective to offer separate online experiences for desktop and mobile platforms—it’s easier for the bank to maintain one system across all devices, he said.

And customers have shown they want to access their finances on mobile, he said. St George is seeing more than 50 per cent of online transactions on mobile, and the number is growing all the time, he said.

St George’s ambition is to lead the financial industry on mobile, said Kulkarni. “The world is moving with the mobile now.”

St George is a subsidiary of Westpac, and Kulkarni also has a role at Westpac as CIO of the channels and compliance portfolio, including development for online and mobile banking.

“St George is seen as the innovation hub,” he said. “We’re really successful in it and Westpac encourages us to do so. In fact, Westpac uses us because we also know how to fail fast … It’s kind of seen as a place where the experimentation happens.”

Updates to the mobile app over the years have focused on making the user experience simpler and easier to use, he said. For example, St George has added more gestures familiar to mobile users, he said.

“St George was always rich in terms of functionality” on mobile, he said. “There isn’t much newer [functionality] to add. What we’ve [done] is make it easier, simpler and faster to get there.”

The bank is also trying to provide more customer service transactions on mobile to reduce calls to the contact centre, he said.

St George supports the Apple iOS, Google Android and Microsoft Windows mobile operating systems, he said. The bank began to support BlackBerry, “but then we found there were hardly any users.”

Customers without the app can access the St George mobile website, which Kulkarni predicted will become more and more predominant. HTML5 allows the bank to bring app-like functionality to the website while supporting many kinds of devices, he said.

On the security side, St George has recently enabled biometric fingerprint app logins for Apple devices that support it and the blank is close to enabling support for the Samsung Galaxy S5.

St George plans to support near-field communications (NFC) payments in the future, allowing customers to pay by tapping their phones on a payment terminal. Westpac rolled out this functionality earlier this year through a partnership with Visa, and this will be extended to St George, said Kulkarni.

St George continues to explore wearable computing, said Kulkarni. It has a mobile banking app for some Sony and Samsung smartwatches that allows customers to quickly view their balance and find ATM locations.

The bank continues to test Google Glass. Kulkarni said that St George will be one of the first banks to support the smart glasses when Google chooses to release it commercially.

In the future, St George wants to enable mobile payments using a smartwatch equipped with a secured NFC element, he said.

“What we find is people don’t want to take anything out of their pocket now ... If they could pay through their smartwatch, then they would do that.”

The experiment could fail, he said, “but the way in which we are working with our technology, it’s not going to be a big cost for us.”

“The competition in my opinion is very healthy,” said Kulkarni, adding that he believes banks have the advantage.

A recent report by Deloitte found that Australian consumers trust banks the most with providing a digital wallet. Nearly three-quarters (73 per cent) of consumers surveyed said they trusted their bank in providing such a service.

Even if someone were to a payment in the Optus digital wallet, for example, he said the actual transaction amount will still be reported at the bank where the customer is holding his or her account.

“So what is it that Optus or anybody else is offering, that the bank is not already offering?”

People don’t want to have multiple apps for the same thing, he said. “We’re trying to provide one app that does many things.”

For that reason, St George’s approach is to support the cards of other banks and payment providers in its digital wallet, he said. “It’s up to the customer to choose between Visa, MasterCard or American Express. Maybe we’ll start with one, but we’ll be extending it with other people.”

However, the St George CIO is keeping mum on this development for the time being.

“Apple Pay hasn’t come to Australia,” said Kulkarni. “We’ll look at it when it comes.”