Where are smart machines heading in 2015? 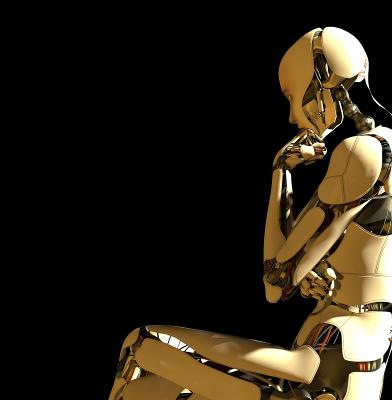 Job losses will be on the cards for information workers next year, while more countries will trial driverless cars and drones for delivering goods, analysts predict.

“2015 will be the year we start to see information worker job losses because of intelligent systems,” said Forrester analyst Tim Sheedy.

“It’s probably those three sectors we will most likely see job losses. A telco, for example, might replace a thousand call centre staff with an AI capability. That’s the sort of initiatives we will see in 2015.

“That’s big because it changes economies. Those in the white collar space always felt we couldn’t be replaced by computers, and we were wrong,” he said.

Gartner analyst Kenneth Brant’s forecast is that by 2020 the majority of knowledge workers’ career paths will be disrupted by smart machines.

Some jobs will require humans to collaborate with smart machines where they are able to advance in their role much more quickly, he said. “So think about a doctor who is able to use a smart machine to keep abreast of the deluge of medical literature and updates that are published.

“Quite frankly a human has a very difficult time practising medicine and staying up to date on all of the findings, whether those are in medical journals or clinical trials or advances in technology and medicines.”

Clerical type workers are also likely to be threatened by smart machines, he said. “If you are a law clerk or someone in a law firm who does discovery, perhaps that’s one of the functions where smart machines will negatively impact your career.”

Automation will also branch out beyond it’s typical place in manufacturing, defence and agriculture, Brant said. For example, automated dispensing machines for medicines and robotic pharmacies are taking off, he said.

“There’s also the consumer-oriented robot that is kind of like a home companion. These are more popular in Japan then they are in the west. They are used to do work around the house, and it’s much more general purpose than the purpose-built [machines] in manufacturing or defence.”

When it comes to driverless cars, Alistair Leathwood, executive director at TNS Australia, sees more countries undergoing trials such as the UK in January 2015. He said Australia may also follow and trial driverless cars.

“I don’t think you are going to see anything like mass market driverless cars in Australia next year, but I think you might well see a few trials.

“Countries are passing laws in preparation for an environment that might happen in the future, and that feels like a sensible, proactive action. It feels a bit like when governments got together to agree what would happen to mining on the moon, it’s not because it’s about to happen, it’s because you probably should have a set of rules in place for when it does happen,” he said.

Sheedy doesn’t see driverless cars on Australian roads next year, as the country’s manufacturing sector has taken its toll over the last couple years.

“Without a manufacturing capability in Australia, who is going to be running those trials? It probably won’t be Google; they won’t bring their car out to Australia. And why would BMW or Ford or something choose Australia when they’ve got many other lucrative markets around the globe to roll these out in?”

Jorn Bettin, an advisor at IBRS, said system reliability, security, and data quality challenges are going to be the main bottlenecks that stand in the way of self-driving cars next year.

He added that these challenges are not likely to be resolved any time soon, so large-scale rollout of smart machines will be limited to non-critical applications.

Leathwood pointed out there are cars, which have been around for a few years, that warn the driver if he/she starts drifting off the road or lane. The logical extension of that, he said, is to have the car intervene and know where the middle of the lane is to get the driver safely back on track.

Drones or unmanned aerial vehicles that deliver goods to consumers will become more popular now that Amazon and Coca-Cola have trailed this, Leathwood said. This could particularly take off in Australia, as the minimum wage rates are quite high compared to other western countries, he said.

“If you could have a drone deliver it, it does sound a bit farfetched, but the economics make a lot of sense.”