The Upload: Your tech news briefing for Friday, January 23 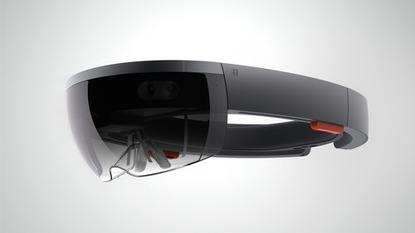 Shares in cloud storage provider Box start trading on the New York Stock Exchange Friday; its IPO has been priced at $14 per share, topping the expected $12-$13 share, Reuters reports, and valuing the company at about $1.67 billion. Analysts are waiting to see if Box can continue to grow its customer base in a competitive space, and increase revenue per seat.

Snowden will make an appearance at Harvard

The world's best-known former NSA analyst, Edward Snowden, is on tap for a live video chat during a symposium on privacy at Harvard on Friday. The man who revealed to the world the extent of U.S. government surveillance of its own citizens remains in Moscow, and will be interviewed by security guru Bruce Schneier.

Just as more Internet companies have added end-to-end encryption in the outcry that followed revelations of widespread government surveillance of online communications, now the EU's counter-terrorism coordinator wants them to hand over the keys. Gilles de Kerchove says that the EU should consider adding new rules that would apply to companies operating in the region.

There's an unreleased Intel Atom chip code-named Cherry Trail sitting inside Microsoft's stunning HoloLens holographic computer, which stole the show at this week's Windows 10 event. The HoloLens computer isn't yet commercially available, but sources say the CPU and GPU are based on Cherry Trail, which will also be used in tablets later this year.

Hong Kong's Hutchison after U.K.'s O2 for a reported $15 billion

Mobile operator Hutchison Whampoa is in talks to acquire Telefonica's O2 in the U.K. for over $15 billion, marking a further consolidation in the U.K. telecommunications market where fixed-line operator BT is already planning to buy mobile network EE. Nothing's final yet, thought. Operators in Europe are increasingly looking to bundle their fixed-line, mobile and cable services.

Uber agrees to behave like a taxi company in Delhi

Famously disruptive ride-hailing service Uber Technologies is bowing to the kind of rules it often thumbs its nose at and applying for a proper license to operate in Delhi. That city has seen one of the worst consequences of what happens when car services flout regulations: the alleged rape of a passenger by an Uber driver.

Twitter is looking to break down language barriers in its global user community and has partnered with Bing to add language translation to tweets. Users can now see tweets in other languages translated into their own tongue on Twitter, by expanding those that have a globe icon in the top right corner. The feature, which is offered on iOS, Android, the desktop and TweetDeck, works for more than 40 language pairs.

Amazon.com is planning to buy Israeli semiconductor company Annapurna Labs with an eye to gaining chip technology that will speed performance in its Amazon Web Services cloud data centers, the company confirmed. The deal isn't final and a price hasn't been confirmed but it's been reported as being around $370 million.

World Tech Update this week looks at the Windows 10 debut as a free upgrade, Microsoft's impressive HoloLens, DARPA's updated Atlas robot and a solar powered plane that will fly around the globe.

The founder of Huawei Technologies has a well-earned rep for being elusive, but he finally came out to talk about all those spying rumors at the World Economic Forum in Davos this week.