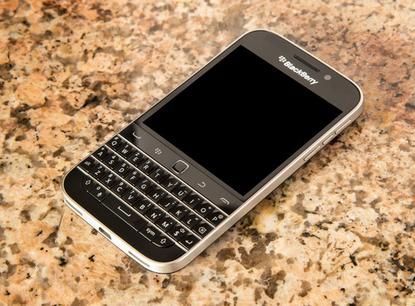 The release of a familiar handset could help BlackBerry improve its market share but might not win back all of the enterprise customers the phone maker lost to Apple and Android, according to IBRS analyst Guy Cranswick.

The handset maker formerly known as Research In Motion today launched the BlackBerry Classic in Australia through Telstra. While running the BlackBerry 10 OS, the device will look very familiar to business people who used to rely on BlackBerry and its QWERTY physical keyboard in its heyday.

BlackBerry has heralded the return to the familiar.

“The BlackBerry Classic is the powerful communication tool that many of our previous BlackBerry Bold and Curve users have been waiting for – a secure device that feels familiar in your hands, but with the added performance and agility for optimal productivity when you’re on the move,” said Matthew Ball, BlackBerry Australia managing director.

However, the Classic’s release follows several high-profile enterprise customer losses for BlackBerry, including Westpac in June last year. Meanwhile, rumours have flown about a possible sale to Samsung, an idea both parties have denied.

Cranswick predicted only modest market share gains for BlackBerry as a result of the release of the Classic.

“It's still doubtful that Blackberry can regain its enterprise base as that market has moved along from the days when Blackberry held a privileged position there,” said Cranswick.

However, the analyst noted that BlackBerry was able to increase its market share to 1.4 per cent in November 2014 after Android slipped nearly 11 per cent.

“Whether this [device] can capture more share seems to be feasible [based] on the trends of late 2014,” he said. “A momentous shock to the overall market is not all that likely, though.”

Telsyte analyst Rodney Gedda said the BlackBerry Classic launch is good news for businesses that missed having a device with a physical keyboard.

“The release of the BlackBerry Classic in Australia is good for the diversity of devices available to businesses,” he said.