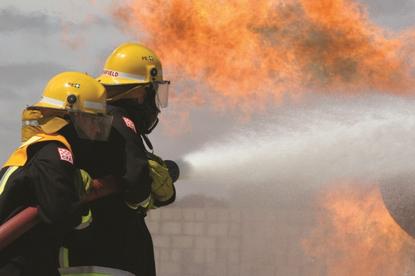 The Victorian Government has signed a $41.5 million extension on a contract with Motorola Solutions to manage the government’s emergency services data network.

The deal with the Emergency Services Telecommunications Authority (ESTA) extends management of Victoria’s Metropolitan Data Network (MDN) for an additional two years from March 2015, with an option for two additional one-year extensions.

The renewed agreement could one day enable Victoria to implement bring your own device (BYOD) and bring your own application (BYOA), said Motorola Solutions. Also, the vendor said it plans to trial 4G broadband data and a range of new terminal devices on the network.

MDN was the first emergency communications network in Australia to be procured under a build, own and operate public-private services model. Motorola Solutions won the initial five-year agreement with the Victorian Government in 2003; today’s signing marks the second time that the contract has been renewed.

The MDN, deployed in 2005, provides secure data communications for Victoria Police and Ambulance Victoria across the greater Melbourne metropolitan region. Emergency services can roam on to a commercial network for coverage beyond the metropolitan area.

In addition to the MDN, Motorola Solutions built and manages the Metropolitan Mobile Radio network for ESTA.

Motorola is “delighted” to re-up its agreement with the Victorian government, said Steve Crutchfield, managing director of Motorola Solutions A/NZ.

“MDN is an essential service for the state that enhances capability in the field and ultimately helps to protect and save lives across the state.”