CIO talks to Glenn Powell, general manager of Infront Systems, about how to move to a hybrid IT infrastructure model 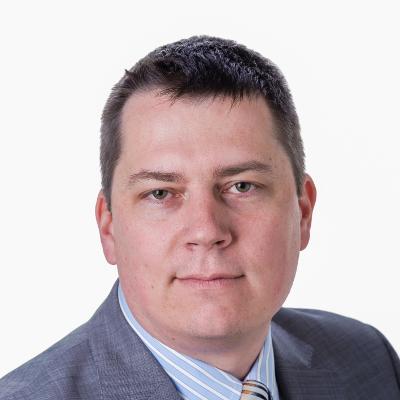 Why is there a need for organisations to move to hybrid IT models where they have some infrastructure on-premise and some in the cloud, and what challenges are they facing?

Organisations have been consuming public cloud as well as deploying private cloud in an immature form for many years.

They now want to try to pull on-premise and off-premise services together into a single, hybrid operating model to simplify their IT, provide the flexibility to add new services, and keep infrastructure management costs under control.

At the same time, there’s a lot of disaggregation of data and systems as people put workloads in the public cloud and keep the rest in their own data centres.

This means they need skills to support both platforms – public cloud providers run differently than their on-premise infrastructure.

So it’s important they keep a single administration point, which allows organisations to consume both public and private services using common toolsets, and server provisioning and tear down models that they have become accustomed to in their private cloud infrastructure.

What advice do you have for CIOs moving to hybrid IT models where they are essentially becoming brokers of technology services?

In the good old days, you could have virtual machines and storage sitting there being idle and the cost was already locked down from a capex point of view.

Organisations tend to struggle with the data archiving piece – where you keep everything forever – because that can be cost-prohibitive as you move applications and workloads into the public cloud.

There are other things that need to be weighed up around legislation, data sovereignty issues, and whether or not a company’s IT infrastructure was built in the cloud or on-premise.

Many organisations also think the public cloud provider is the panacea, and they move over a particular application – one they’ve spent hundreds of thousands of dollars protecting on-premise – so it doesn’t fail.

Many applications will be more expensive in the public cloud if you move them. My advice is to ‘own the base and rent the peak’. If you have a system that performs its daily duties readily, then that’s probably not a candidate for cloud.

On a like-for-like basis, public cloud is generally more expensive. But if you have a ‘bursty’ application such as an end-of-month process, that one is always going to be a candidate to be cheaper in the public cloud.

Where does converged infrastructure fit in? How important is it to group IT components into a single package?

Converged infrastructure is about delivering pre-built or pre-validated designs and most manufacturers have those now. This is important because CIOs are being asked to do more with less.

By freeing up those traditional screwdriver resources of racking, stacking, cabling and configuring, it allows you to allocate those resources to doing ‘higher order’ integration.

So instead of integrating in your data centre, buy a converged infrastructure, put it in the floor, and have those staff ready to pull it into architecting on a public cloud, or whatever the case might be.

As a leading proponent of the Hybrid IT operating model, Infront has invested in the specialist skills required to help customers transform the way IT is built, consumed and managed. For more information on Infront, and their experienced and qualified team, click here.

EMC is a global leader in enabling businesses and service providers to transform their operations and deliver information technology as a service (ITaaS). For more information, click here.

To see the full results of an IDC Connect research report into the state of Hybrid IT, click here.