Getting a handle on marketing technology 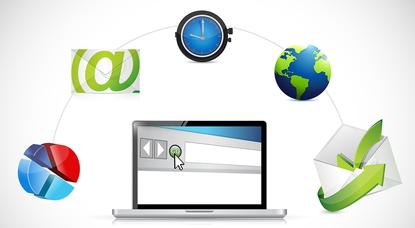 The marketing tech landscape has been expanding at an impressive clip over the last three years. It now boasts more than 3,000 vendors, including giants such as Adobe and Oracle. It's an ecosystem buzzing with activity -- big fish gobbling up smaller ones, startups trying to survive -- and marketers can easily get disoriented.

At times, marketing tech is like the parable about the blind men and the elephant, whereby each man touches a part of the elephant, say, the trunk or ear or tusk, and attempts to define the entire animal. Marketing tech has many distinct parts that add up to an elusively shaped, incredibly disruptive ecosystem.

Analysts, marketers, vendors, even a venture capital firm have all tried to define this marketing tech ecosystem. Forrester relies on six phases of the customer lifecycle as bearing points. Foundation Capital divides vendors into five keys for solving marketing challenges. Scott Brinker, editor of Chief Marketing Technologist, has created a popular graphic of marketing tech vendors that looks a bit like a traditional technology stack.

As the marketing tech landscape shakes out, though, it's still unclear what it will look like beyond the generally accepted areas of social, mobile, content, analytics and automation. Then there's the customer data and systems integration that needs to happen for companies to be able to interact with customers at critical moments along the customer journey. This is the holy grail of the digital marketer.

Picking winners and losers in marketing tech's muddy bracket is a futile exercise, not to mention a credibility killer. Nevertheless, marketing tech vendors continue to flood my inbox daily with interesting offerings. Some are platforms, others point solutions. Here are three that recently caught my eye.

Highspot: Every marketing tech conference will have a theme on content, whether it's creating original content, aggregating content or amplifying earned content. Highspot, which recently raised $9.6 million in a Series A round, has built a content-scoring engine. It looks at a company's marketing collateral, such as PowerPoint slides, case studies, data sheets, brochures, call scripts and battle cards, and analyzes how well they performed.

Judging and scoring a piece of content's performance is tricky, because it's unclear what the content's role might have played in, say, a sale.

"This attribution problem is real," says Highspot co-founder and CEO Robert Wahbe. "One of the ways we try to solve this is to shorten the time horizon. Did this brochure help close a 9-month deal? Hard to say. But did this brochure move to a conversation or proof-of-concept? That's better."

Fliptop: Fliptop also has a scoring engine, called Darwin, although this one is aimed at sales leads. Darwin ties into Salesforce, Marketo and other places where sales data resides and looks at usually a few hundred data points. Then it spits out leads that have the best chance of conversion, as well as hidden leads stuck in the database.

Darwin works best for midmarket companies that can't afford nor need highly customizable predictive enterprise solutions, says Fliptop CEO Doug Camplejohn. Companies with a high volume of inbound leads can prioritize calls and maybe even reduce the number of salespeople, in a digital version of Death of a Salesman.

Shocase: Marketers often feel the creative, emotional side of their profession is under attack by analytics geeks wielding scoring engines and other technology. In San Francisco, though, startup Shocase hopes to rekindle a marketer's passion by providing a social network that shows off their creative work, from videos to design to copywriting.