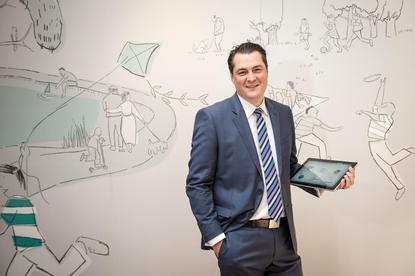 Customer-owned financial institution, Beyond Bank, is dumping Lotus Notes and an ageing, legacy CRM app as its moves to the cloud.

Beyond Bank will soon start deploying Microsoft Office 365 to around 600 users at its head office in Adelaide and other branches across the ACT, NSW, South Australia, and Western Australia. The cloud solution will be used to access SharePoint Online, Lync Online, and Exchange Online.

The bank has also been piloting Dynamics CRM Online with 15 staff in its community team, who work remotely and provide banking services to not-for-profit and community groups.

The services are being hosted at Microsoft data centres in Sydney and Melbourne, which the software giant said would put the bank’s mind at ease on issues such as data sovereignty and security. Microsoft said the bank would have quicker access to data and can be certain it is compliant with data ownership regulations.

Robert Aitken, CIO at Beyond Bank, said its legacy CRM software was very much for contact management – an "address book on steroids".

“We pretty much redlined that,” he said. “We got to the point where for us to push further, to start looking at single customer view, to getting relevant insights and pulling data sources in together, really building sales processes and pipelines and looking to build those relationships … the product was really holding us back.”

Beyond Bank has completed the design and plan phase of the Office 365 deployment and will migrate services by July. Dynamics CRM Online will be rollout across the rest of the business soon after, Aitken said.

“The first piece of the puzzle is security – we then build from there. We then build Exchange and start migrating users across, we build the SharePoint online platform and migration that across, and then we build Lync.”

“We will run dual environments. We have tools to enable them to use [Notes and 365] for scheduling of meetings and that sort of thing so we need them to interoperate for a couple of months,” he said.

Aitken was adamant that cutting costs was not the primary driver for moving these services to the cloud.

He said although the organisation saves “some money” by shifting costs from a big capital expenditure every year to a consistent operational spend.

“I think if you look at this industry, it’s so fast moving so to be competitive you really need to be agile to change. It’s about setting up something that’s innovative and enables us very easily to spin up new services overnight and test them – again it’s that innovation side and that agility which is key for us,” he said.

Having an ‘ecosystem’ or products with Office 365 and CRM Online was another key reason the bank has moved to the cloud.

“Being able to provide something that is inherently integration and nicely knitted together – you are able to give users something that can push on productivity and help them in mobile and in the office roles,” he said.

“A unified service desk together with Yammer and SharePoint will provide us with some good collaboration and workflow throughout the organisation,” he said.

Aitken added the bank is still ‘risk-averse’ to moving services to the public cloud despite ‘cloud-first’ being one of its guiding principles.

He admitted that a ‘number of years and a number of changes’ would need to occur before the company would move its core banking system into the public cloud.

“Core banking is probably in many respects a sacred cow – other stuff, unified communications, telephony video, workflow, loans origination I can certainly see following the same path as CRM and Office 365,” he said.