Apple pays all the tax it owes: Tony King 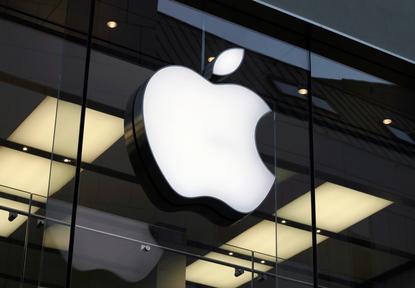 Apple Australia pays all the taxes it owes under local laws, the tech giant’s local chief, Tony King, told the Senate inquiry into corporate tax avoidance in Sydney on Wednesday.

King was one of three tech executives to be grilled at the inquiry. Others included Google’s Australia and New Zealand boss, Maile Carnegie, and Microsoft corporate vice president, worldwide tax, Bill Sample.

The inquiry by the Senate Economics References Committee was instigated by Australian Greens leader, Christine Milne, and supported by the Federal Opposition. It is examining the adequacy of Australia’s tax laws and whether these technology companies are paying their fair share of tax in Australia.

“Apple Australia pays all taxes it owes in accordance with Australian law,” King told the inquiry.

King said in Apple’s most recently lodged accounts, its effective tax rate was above the Australian corporate tax rate of 30 per cent.

King said all Apple’s product design, development and manufacturing all take place outside of Australia and all sales from its operations are included in Apple Australia’s accounts.

“Apple Australia buys the products we sell here and we pay Australian tax on the profit on these sales. We also pay GST on every single sale in addition to corporate, payroll and fringe benefits tax,” he said.

King boasted that Apple now has more than 270,000 registered app developers in Australia who have earned over $268 million.

“Many of these developers are individuals or small business, some of whom have grown to employ over 100 people and are competing head to head with the global software industry,” he said.

He went on to say Apple stores around Australia are running on renewable energy and that the company is committed to Australia’s economy and its success.

“We are transparent and open with the Australian Tax Office and have worked through its advanced pricing agreement program since its inception to determine the prices on the products we buy from affiliates outside of Australia,” he said.

“The ATO has confirmed on a number of occasions that we have a co-operative relationship and we are willing to enter into further agreements in line with normal business practice here in Australia.”

Meanwhile, King denied that Apple had put strategies in place to minimise the amount of tax the company paid in Australia.

Apple, Google and Microsoft all confirmed that they are being audited by the Australian Taxation Office.